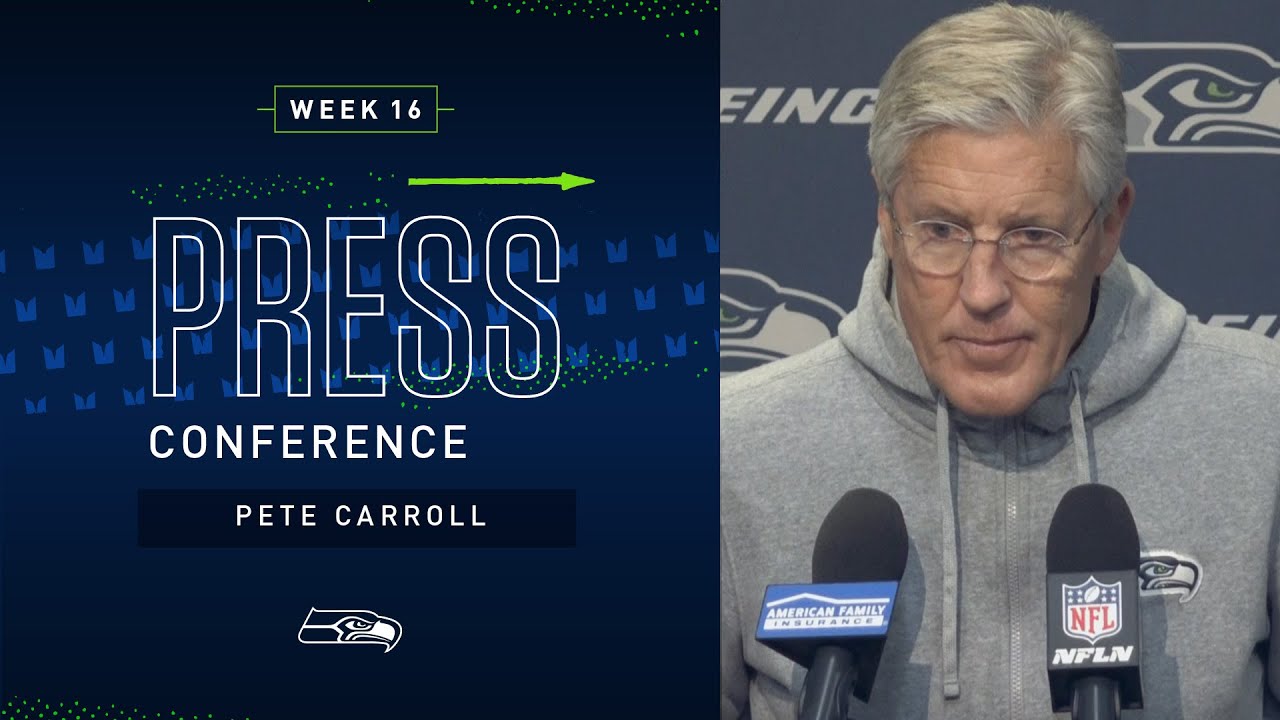 Seahawks head coach Pete Carroll talks with the media on Monday during week 16 of the regular season at the Virginia Mason Athletic Center.

The official Youtube of the Seattle Seahawks. Member of the NFC West in the National Football League.