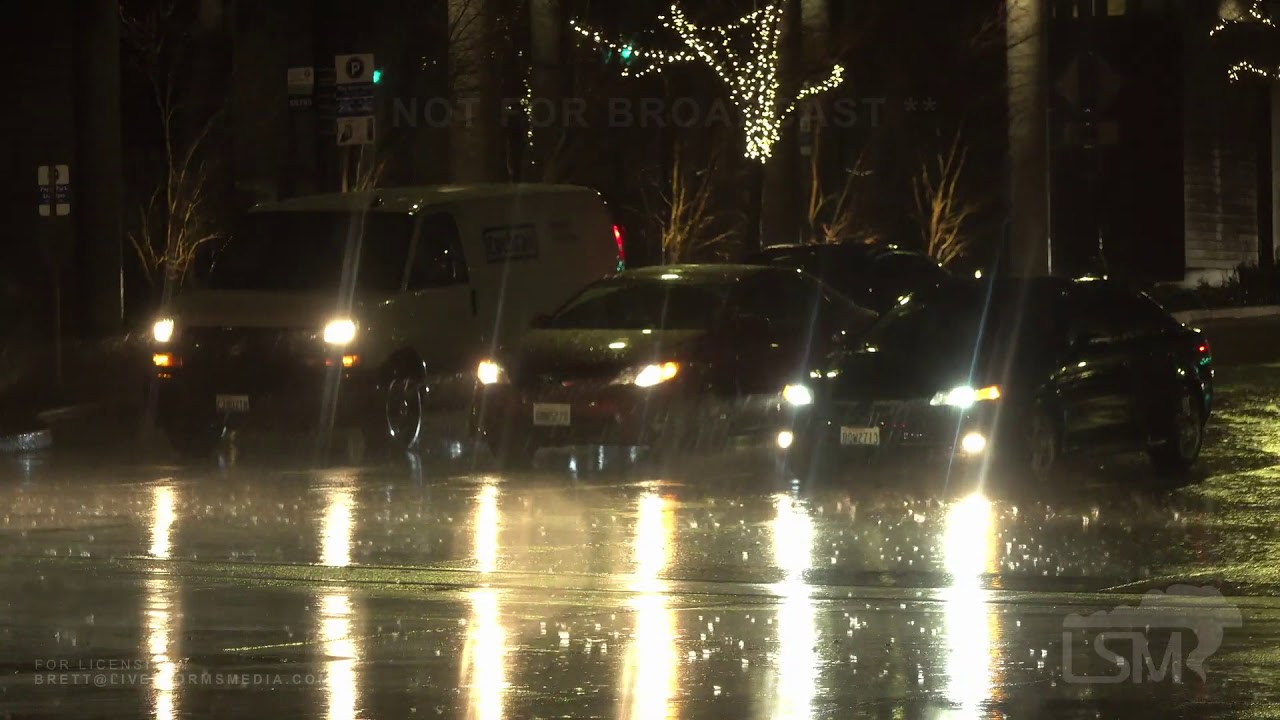 On early on February 1st, 2020, an Atmospheric River had been affecting the area for over 36 hours. Many area rivers are now in moderate flood stage, approaching major.

In the first opening scene, make sure and turn on your volume. You can hear the wind rushing through the trees, with branches moving in the scene, and Seattle with the Space Needle in the background.

The Second scene was shot from Kerry Park on Queen Ann Hill looking over Seattle. It is a scene showing the Seattle skyline.
You can hear the wind rushing and the clouds illuminated by the city lights moving quickly.

The third show shows cars stopped at an intersection with heavy rain falling in the foreground.

The following scenes are a compilation of driving around Seattle freeways and roads, and other scenes around the area.