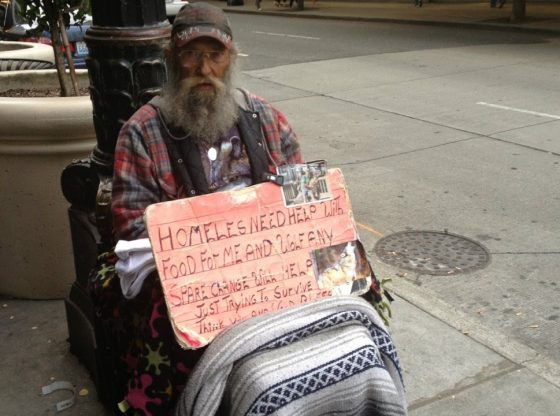 I met Wolf downtown Seattle. He sleeps in a car with two dogs.

Wolf has serious medical problems, yet he says the State of Washington does not offer any assistance.

While talking, I learned his wife died some time ago, also on the streets homeless. With his medical problems and the challenges, life has thrown at him, you’d think Wolf would be a different person, but he says you have to stay positive or you just won’t make it!