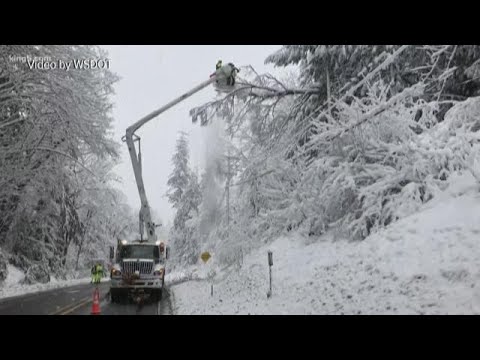 Seattle saw a dusting while other areas, particularly in the mountain passes, got hit hard. KING 5 has all your latest snow coverage.