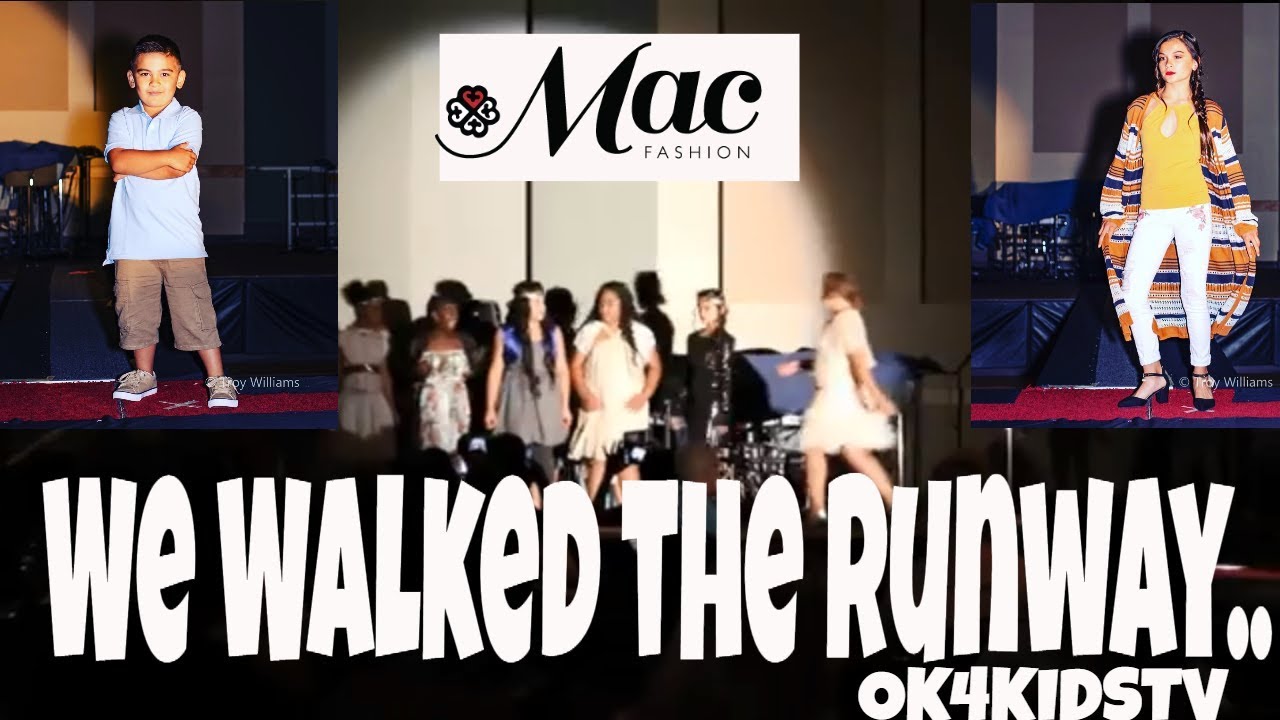 Ok4kidstv kids did a runway show for Mac Fahshion House for