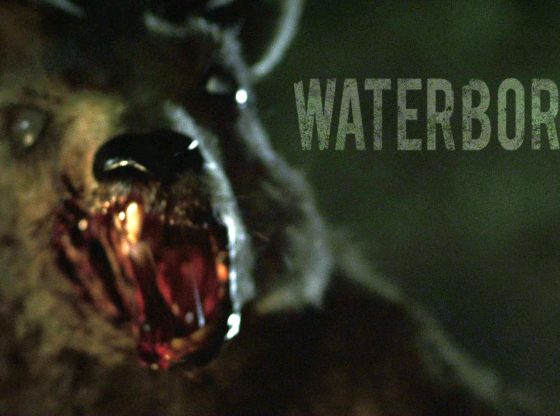 When a local ranger in a small country town finds an unidentified algae overwhelming the water supply, he knows that something’s not right. But it’s not until the sun goes down that he discovers the true extent of the danger – it seems the town is about to experience the effects of a mysterious infection that turns not only humans – but animals too – into zombies. Australian wildlife has never been so terrifying…

Octopod Films and Veritas Entertainment, in association with Deadpan Films, are proud to bring you ‘Waterborne’ – the world’s first zombie kangaroo film, and a prequel for a feature film currently in development.

Shot on location in regional Victoria, Australia, the film only came about due to the amazing support from over 250 crowdfunding backers, who helped fund the creation of an incredible zombie kangaroo puppet, as well as a digitally animated zombieroo.
The film has screened at over 50 festivals around the world (including big genre festivals such as Fantasia, Fantastic Fest, Sitges International Film Festival) and won multiple awards.

Watch the Behind the Scenes video! vimeo.com/octopodfilms/waterbornebts