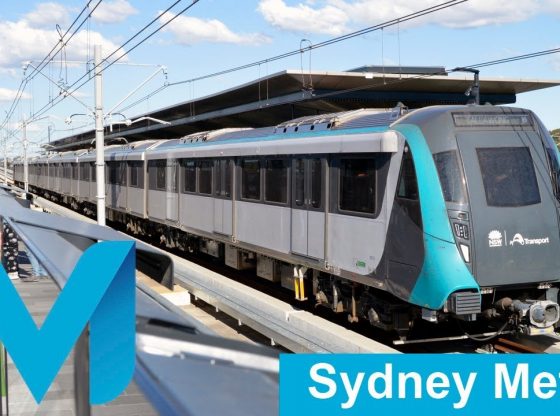 Take a look at the new Sydney Metro! In this video we see Sydney Metro trains at various locations along the new Sydney Metro Northwest. Opening on the 26th May 2019 is Australia’s first ever metro line featuring driverless trains and platform screen doors. The line is 26km long and features 13 stations, running from Chatswood to Tallawong in Sydney’s northwest. The line will run every 5 minutes during peak hours and every 10 at other times.

The opening day attracted many people from across Sydney as well as transport enthusiasts from all around Australia and overseas. Free travel was provided with trains operating to a modified timetable of every 7 minutes. Overall 140,000 people used the train on opening day.

Being a new line though there were teething problems. Trains often overshot/undershot platforms and had to realign themselves to meet the platform screen doors. Sometimes doors failed to open, trains were delayed on platforms and announcements played at incorrect times. The worst problem of the day occurred at Macquarie Park where a train with defective doors caused delays up to 30 – 40 minutes. However these issues will likely be ironed out in the future.

Overall the line will be a great asset for Sydney’s growing northwestern suburbs. Stage 2 of the line is under construction which will see the line extended through Sydney city and onto Bankstown after the existing Bankstown line is converted to metro standards.

Parts of this video were filmed with Youtuber SonicbusterX2000. Check out his video: https://www.youtube.com/watch?v=tZWtSPkS2G4