Home /Washington/Road to 150: Best Things To Do In The Yukon 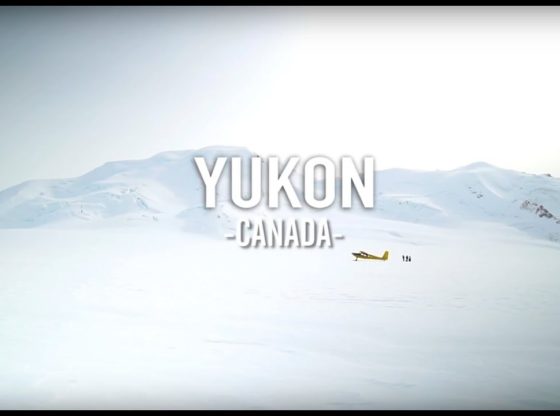 In this video, we share some of the best things to do in the Yukon, including Whitehorse, Dawson, Kluane National Park, and more!

Welcome to the Yukon!

Known for its dramatic landscapes, vast wilderness, and the famous Klondike Gold Rush, the Yukon has been capturing people’s imaginations for years. With four-legged creatures far outnumbering humans, Canada’s tallest mountain peaks, and the world’s largest non-polar glacier, the Yukon is a true paradise for adventurers and outdoor enthusiasts.

We started our journey in Whitehorse, the Yukon’s capital city. From here, we toured the SS Klondike, ate some delicious food in Whitehorse’s oldest buildings, saw heaps of wildlife, and caught a glimpse of the Northern Lights. We then went to Dawson, the worlds most famous gold rush town. While walking around the old boardwalk streets was incredible enough, we also went gold panning, toured the massive dredge #4, watched a Cancan show at the oldest casino in the country, and took a river cruise on a paddle-wheeler. We then drove up the infamous Dempster Highway all the way to Eagle Plains, past the Arctic Circle and into the Northwest Territories. After coming back and spending another night in Dawson, we drove to Kluane National Park for one of the most epic flightseeing tours we’ve ever experienced.

Special Note: We just released the Canada Saver Card, a physical discount card that gets you discounts at a variety of attractions, adventures, and activities across Canada! From helicopter tours to rafting, fishing, museums, and horseback rides, save money on all of them for less than ! – https://www.mustdocanada.com/saver-card

Canada’s Road to 150 is a 150-day Canada-wide multi-media road trip celebrating Canada’s 150th birthday by exploring the uniqueness of this country provincially and collectively while answering the question; What makes Canada special?

We will drive to and through every driveable province and territory, showcasing Canada’s natural beauty and regional attractions while interviewing Canadians of all cultures and backgrounds, including local celebrities, immigrants, refugees, and everyday rural and urban Canadians. Our aim is to dig deep into what makes Canada such an incredibly inspiring country while showing off the best of Canada’s tourism to Canadians and to the world.

Also, special thanks to Kody Davidson, the kind of data, from https://kodywithak.com/ for helping is back up all of our footage from his home base!

For a list of the companies that helped with this project in the Yukon, visit – www.mustdocanada.com/the-best-things-to-do-in-the-yukon

More info on Road to 150: Best Things To Do In The Yukon

Road to 150: Best Things To Do In The Yukon - BingNews Search results