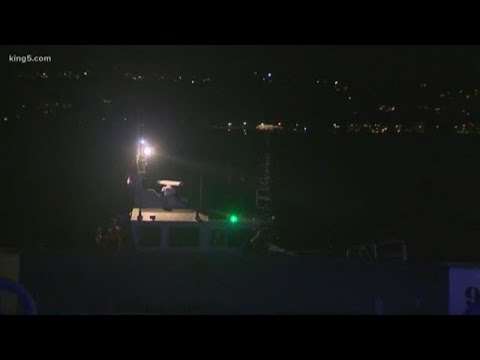 The Washington State Ferry system reported a whale was struck by a ferry in Seattle’s Elliott Bay on Tuesday evening.