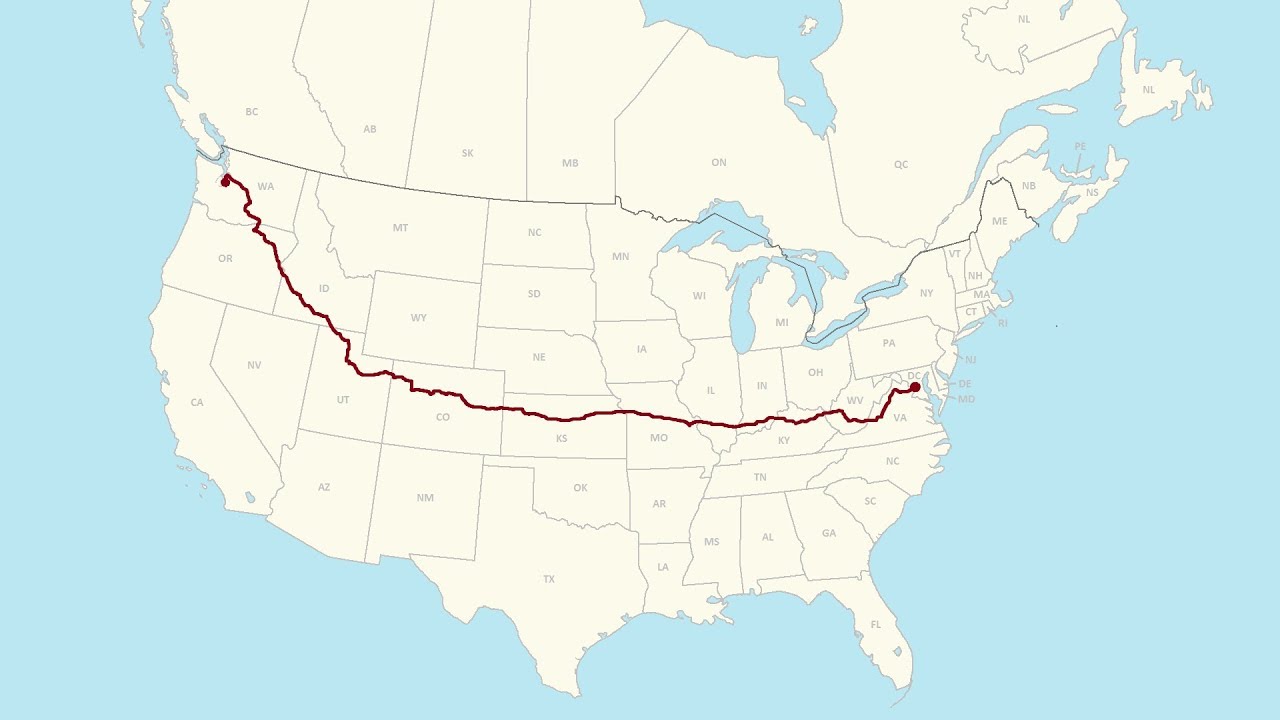 This video begins in Washington, DC in the early morning hours of May 3, 2018 and concludes in Tacoma, WA, just south of Seattle, in the late morning of May, 6, 2018. The drive was 3,084 miles (4,963 kilometers). All of this video was recorded in real-time, but this video is played back at 4x time-lapse speed. (The real-time and hyper-lapse versions of this video will be uploaded in several parts soon.) Nearly all of this entire video was done in the daytime; however, there is about a 20-minute section between Caldwell, Idaho and eastern Oregon done in darkness as it was before sunrise.

This video is a long time coming, but it is finally uploaded. This is the first of many videos I will be uploading in the upcoming months. Unlike the CA-NY video, this video was entirely done in one trip with the same vehicle – a 2018 Nissan Pathfinder. Also, this video was shot using the Garmin Virb Ultra 30, which records GPS information. The position, elevation, and heading are shown on the video. Since 2/3 of all viewers of my videos are from outside the U.S., I set everything to metric. I plan to use English units for the real-time versions, however.

Day 3 of this video in real-time can be found here:

Day 4 of this video in real-time can be found here: