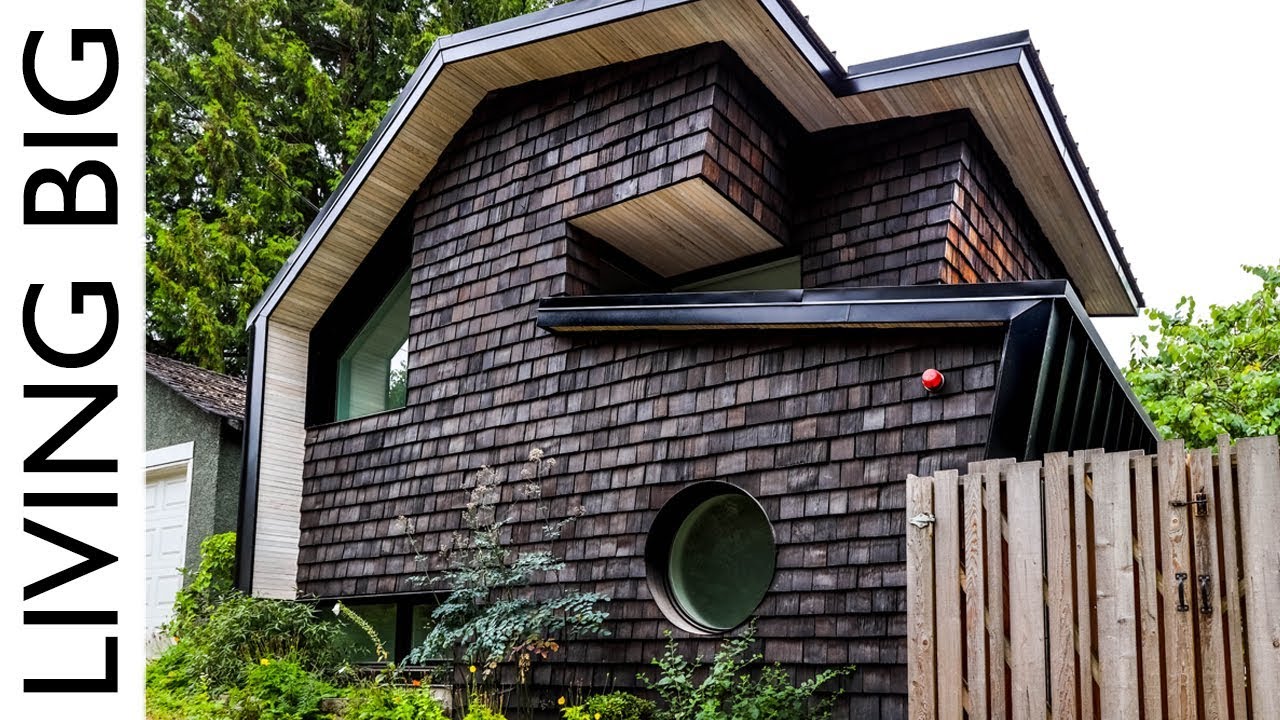 This beautiful modern Japanese inspired small home is a real architectural marvel! Everywhere you look, the home is filled with unique and interesting design aspects which make it as visually interesting as it is functional.

If you enjoy our videos, please consider supporting us on Patreon: https://www.patreon.com/livingbig

Owner Tamiko decided to downsize her home after tragically losing her husband. With her kids grown up, she no longer needed the space and the opportunity opened up for her to build a laneway house on the Vancouver (BC) property of her mother, brining the family closer together.

Find out more about this tiny house and others on our website: https://www.livingbiginatinyhouse.com/wabi-sabi-japanese-small-home/

The house, designed by Tamiko’s brother-in-law, architect incorporates elements of wabi-sabi (the world view of acceptance of imperfection) and Japanese design, drawing from Tamiko’s Japanese heritage. The home was designed and built with a lot of love and attention to detail creating a very special place for her to call home and begin a new life.

I hope you enjoy the full video tour of this very special home.

Music in this video by Bryce Langston: http://www.youtube.com/brycelangston