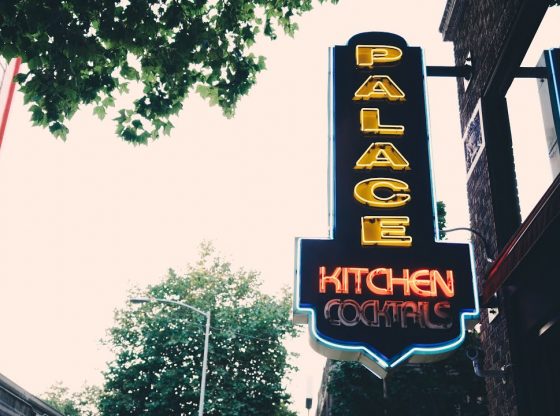 My experience eating at Palace Kitchen, legendary restaurant from Chef Tom Douglas in Seattle, Washington. This is the first TPC episode shot in 4K so make sure you adjust your quality and let me know what you think!

🙏Thank you for watching this video. I hope that you’ll keep up with the weekly videos I post on the channel, subscribe, and share your learnings with those that need to hear it. Your comments mean the world, so please take a second and say ‘Hey’ 😉
—
🔪🥄Browse my favorite kitchen gear: http://geni.us/chefkit
—
📖Join my Digital Shared Recipe Database: http://geni.us/recipeform
—
👥Sign up for one-on-one coaching with me: http://geni.us/coach
—
📺Subscribe to my channel here: http://geni.us/youtubesubscribe
—
👋My name is Justin Khanna. I spent 8 years training at Michelin-starred and critically acclaimed restaurants like Per Se, Grace, The French Laundry, noma, Frantzen and Lysverket.
I host a weekly podcast called The Emulsion where I curate chef/restaurant/fine dining news. There, I also interview knife makers, authors, food critics, chefs, bartenders, farmers, entrepreneurs and thought leaders to discover insights that can improve your life.
—
💌Send me mail:
Justin Khanna
P.O. Box 22725
212 Broadway E
Seattle, WA 98102
—
🤑Support my content on Patreon for just /month: http://geni.us/patr
—
Stalk me:
💻→Website (everything): http://geni.us/site
📸→Instagram (watch my stories/check my photos): http://geni.us/instag
🎙→Podcast: http://geni.us/tlxIdg
🐦→Twitter (talk to me): http://geni.us/twit
📦→Kit (all the gear I probably used to shoot this video): http://geni.us/kitpage
💙→Facebook: http://geni.us/faceb
👻→Snapchat (say hi): jkhan1