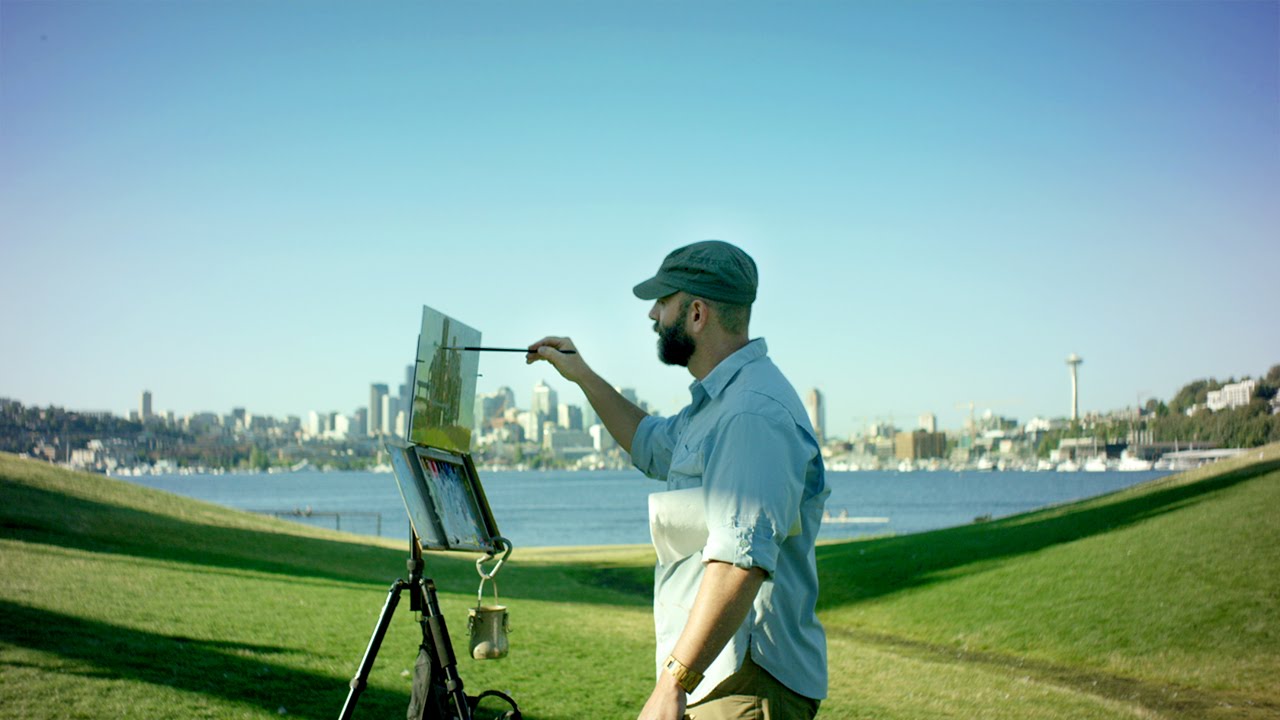 David – artist, Georgia native and first-time visitor to Seattle – soaks in the early-morning sunrise over Lake Union from a grassy spot on the edge of Gas Works Park, a former gasification plant that was transformed into a one-of-a-kind urban oasis.

David was one of eight real travelers who experienced the sights, sounds, textures, smells and tastes of Seattle in the series, “Seattle First Takes.”

Watch more of the films at http://www.visitseattle.tv