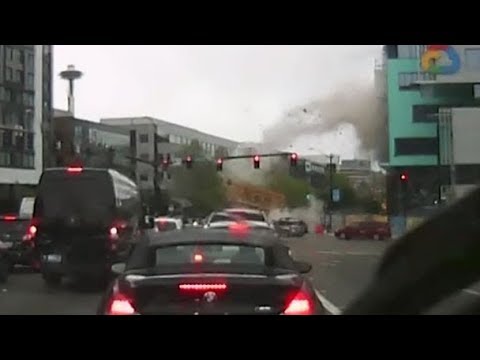 KING 5 obtained video showing the moment a crane collapsed in South Lake Union Saturday afternoon. Four people were killed when part of the crane from the construction site of a future Google building fell onto traffic below.