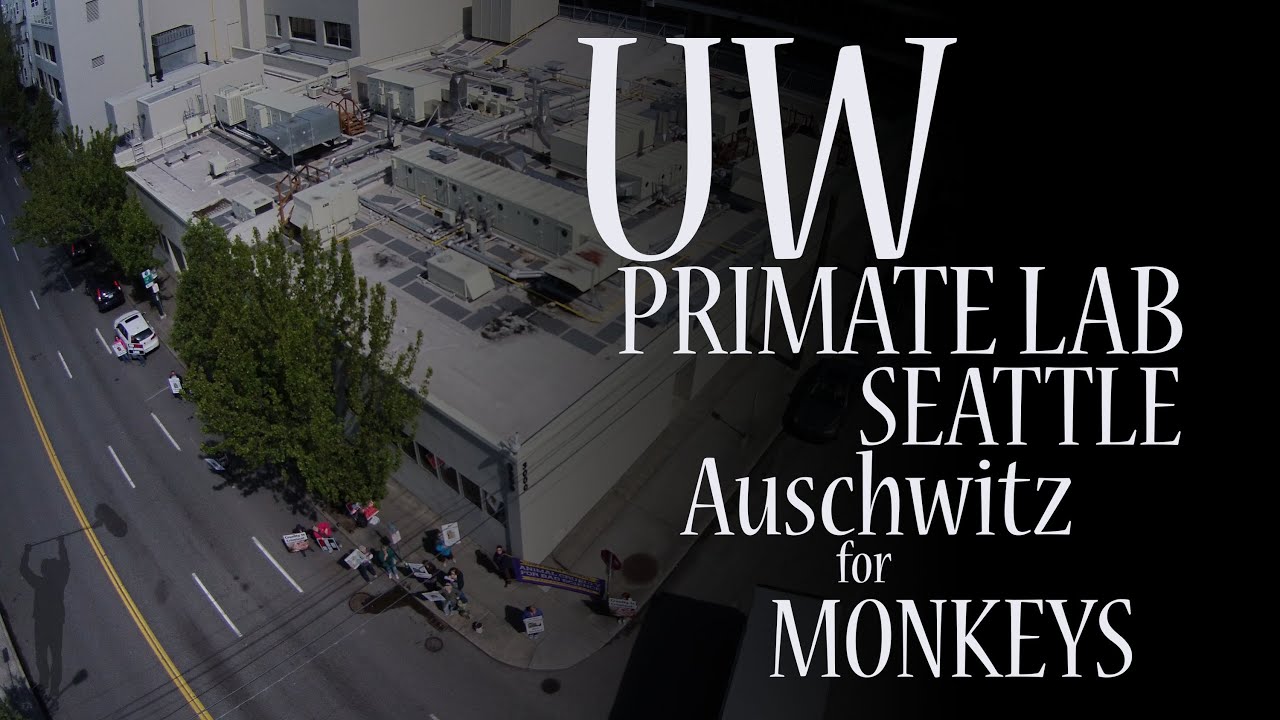 https://www.facebook.com/events/233918960135518/
The University of Washington Board of Regents recently approved plans for a new animal lab that will allow the university to greatly increase the number of primates and smaller animals that it subjects to cruel research and neglectful care. However, in addition to imprisoning and torturing nonhuman animals, the proposed lab location has been identified as having the “potential to have a significant adverse impact on the environment” and the public is invited to submit their comments to the UW’s Environmental/Land Use Compliant Officer prior to a decision about whether the lab construction will go forward.

Please take advantage of this significant opportunity to tell the UW to halt plans to construct the Animal Research and Care Facility!

**All written comments must be received by May 14, 2014. Please keep all comments polite and focused on the adverse impact that the lab will have on the environment and the importance of the UW adopting advanced alternatives to using animals in labs and not building this facility.**

Points to address:
– The detrimental impact on the environment of constructing a large underground facility.
– The expense and harmful impact of building a facility that is only expected to accommodate the UW’s animal research plans for the next 10 years.
– The traffic increase in the area that the construction and operation of the lab will cause.
– The potential harm to the environment of operating a facility that will produce hazardous waste, including chemicals as well as the bodies of animals.
– Alternatives to building the new facility, including pursuing alternatives to animal research, and the scientific and publicity benefits to the UW that would come from adopting alternatives to using animals in research.
– The negative public view of the UW for building a new facility that harms the environment, facilitates the UW’s continued use of animals even after several citations by the USDA, and demonstrates a lack of commitment to exploring innovative non-animal research methods.

Thank you for caring about the animals and environment that would be harmed by the construction of this lab. Please write and encourage your friends and family to do so as well; and pass on this message to others via email and social media. The UW needs to know that this lab should not be built!