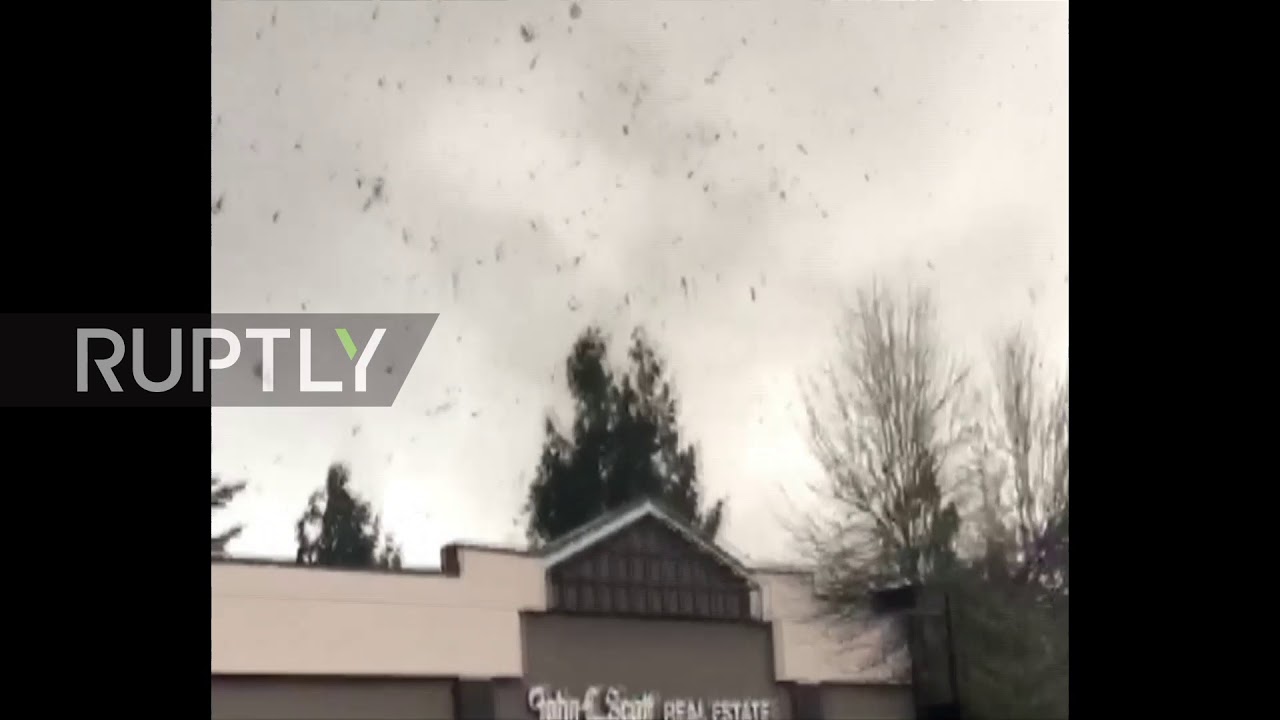 A tornado ripped through Port Orchard, 13 miles (21km) west of Seattle, on Tuesday causing severe damage to houses in the town of 14,000.

The storm brought snow, ripped roofs off buildings, scattered debris and prompted an evacuation over fears of a gas leak.

The winds have been classified as an EF1 tornado, meaning they measured at least 86mph (138km/h).

No injuries were reported at the time of writing.