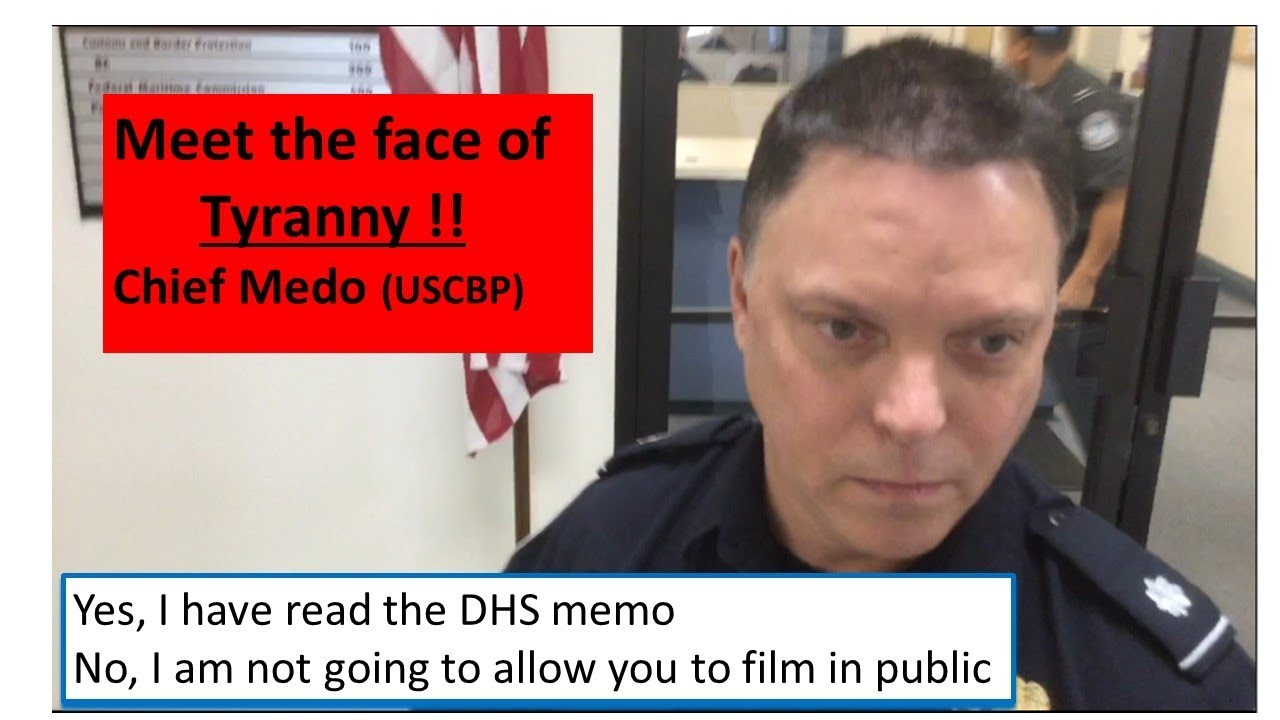 This video is a first amendment audit filmed on 08-30-2019 at the US Customs and Border Protection agency in Seattle which is a division of the Department of Homeland Security. As such they should be very familiar with the 2010/2018 DHS memo regarding public photography. Officer Santistevan seemed very nice and seemed to understand the public’s right to film government facilities. Chief Medo claimed to be familiar with the memo on the subject but chose to blatantly ignore it. Sgt. Shumate did not know of the memo and the federal statute and blissfully ignorant of the law he has sworn to uphold.

This facility will need to be revisited so Tyrant Medo learns his place and learns to respect members of the public to which he is beholden.

I encourage anyone who feels this behavior is unacceptable to reach out and make your voice hear by contacting your government representatives and keep the US customs and border protection agency accountable for their actions.