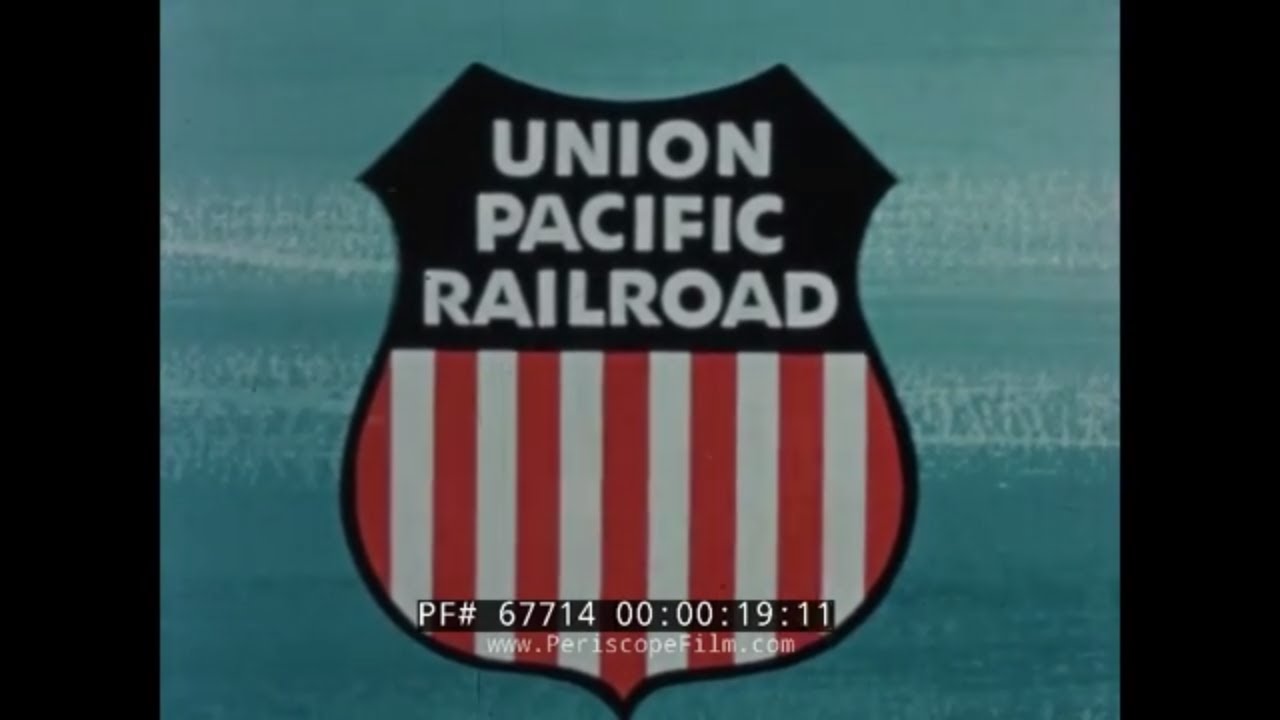 The Union Pacific Railroad sponsored this 1952 travelogue, Northwest Empire, to promote travel to and around the states of Oregon and Washington. The film highlights the places to visit as well as some of the region’s industries. The film begins with a shot of the waves of the Pacific Ocean crashing into the shoreline, streams, wheat fields, and vistas of mountains and harbors. The Union Pacific travels along the Columbia River (02:15), making its way to the city of Portland (03:08). The Willamette River runs through the middle of Portland; an aerial view shows Portland’s Union Station as well as more of the city. The Annual Rose Festival Parade takes place in Portland, featuring the Queen of Roses, marching bands, and various floats (04:22). The passenger Streamliner leaves Portland and heads east for Chicago, passing Multnomah Falls (05:13) on its way. The line also goes up along Puget Sound (05:59), passing Tacoma with Mount Rainier in the background (06:10). The film shows the city of Seattle (06:23), Seattle’s Union station, and the harbor (07:17), where products are loaded onto freight ships while fish are unloaded. Cars drive over the floating bridge on Lake Washington (08:00), which is a popular place of recreation, where people water ski and race speed boats (08:32). A passenger liner leaves Seattle’s harbor (09:19). The film then looks at some of the industries, including the energy industry, powered by the region’s many dams, including The Dalles Dam (09:37), Grand Coulee Dam (10:01), and the Bonneville Dam (10:34). Viewers are shown an aluminum plant (11:12) and the Tillamook cheese factory (11:53). The timber industry is one of the biggest in the Cascades. Men log the large cedar and Douglas-fir forests. A crane lowers logs onto a trailer (13:18); logs are milled with a band saw (14:00). There is an aerial shot of a lumber mill (14:27) and footage of a pulp mill making various types of paper. Oregon and Washington are also the home of many of the nation’s apple orchards (15:44) and berry patches. The film shows other agricultural mainstays, including wheat (16:32) with a particularly pretty shot of a wheat field with Mount Hood in the background. There are many famous mountains in the Cascade Range, such as Mount Adams (17:19) and Mount St. Helens (17:28). Tipsoo Lake is nestled at the foot of Mt. Rainier (17:49); the film treats viewers to panoramic shots of Crater Lake National Park (18:20) and Olympic National Park (19:17). A ferry boat services the San Juan Islands. A man digs for horse clams. A fishing boat goes out for commercial salmon fishing; two men pull in the pilot net and soon chinook salmon are brought aboard the fishing boat. Celilo Falls (21:50) was a cherished place for the Native Americans and people frequented the falls for dipnet fishing until it was flooded with the construction of the Dalles Dam. The Pendleton Roundup parade (23:09) in Pendleton, OR, celebrates the Native American and Pioneer heritage of the town; the festival is complete with a large rodeo. The film then shows some of the wildlife that call the region home: a trumpeter swan (24:31), sandhill cranes, cormorants, a baby blue heron, and a family of pelicans. A baby antelope lays motionless waiting for its mother (25:48); adult antelope race across the plains. The film ends with shots of Ecola Point (26:39), the Oregon Coast Highway (27:10) and the Heceta Head Lighthouse (27:36), clam diggers looking for razor clams (28:05), sea lions diving from a rock into the sea (28:28), whales breaching the ocean’s surface (29:09), and shots of waves crashing into the rocky shoreline of the Northwest coast.