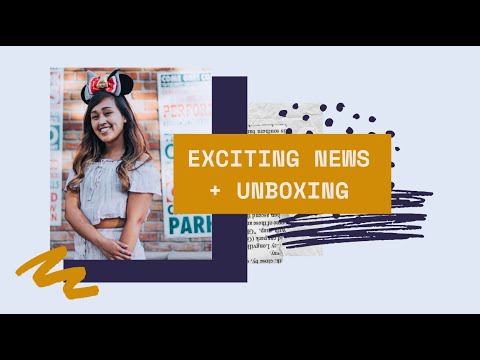 I recently won a giveaway from @VisitAnaheim on Instagram so I wanted to do a little unboxing from the giveaway. I also have some exciting new life changes coming up that I wanted to share (Disney Related)! So stick through till the end and I hope you enjoy and have a magical day!✨☺️

{A LITTLE MORE ABOUT ME}
My name is Jessica! Welcome to my channel(: I recently started vlogging and I’m definitely not an expert but it’s fun and I like documenting my life. I’m a huge Disney enthusiast, I love food, adventures, and oh yeah I’m a recent college graduate.