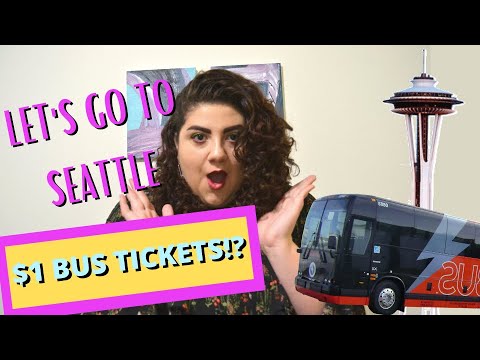 I just got back from a fun weekend vacation to visit my friend Kellee in Seattle, WA. I scored bus tickets to and from Seattle (with fees, around roundtrip) and while this video is not a Bolt Bus review, despite the first bus being a little late and then being stuck in traffic (in turn, delaying our ETA), the quality of service for how little I paid could be enough to justify the price. Typical bus tickets for this trip average around or one-way, and this essentially had the same amenities as other bus companies. And no, neither of my buses caught on fire in the middle of the freeway like the buses you may see when you Google the bus company. It’s totally fine. I survived.
That aside, my bus back home to Portland on Sunday evening was a very quick and easy 3-hour trip. For the price, I’d say it’s worth trying.

I know that for a majority of my commentary scenes, I am COMPLETELY out of focus unless I lean back. Especially towards the end when my neighbor’s dog was barking. I’m working on avoiding that (maybe it’s time I just get a tripod?). So, apologies.