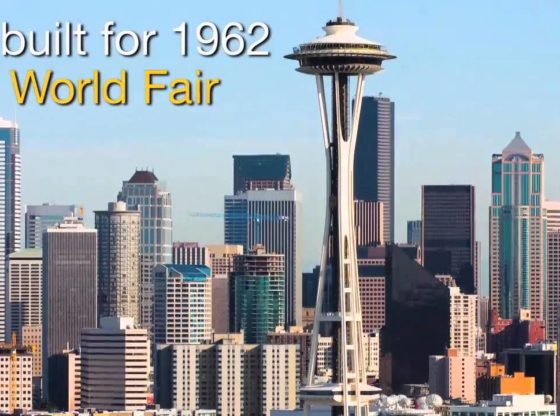 Take a tour of Space Needle in Seattle, United States — part of the World’s Greatest Attractions series by GeoBeats.

It is an iconic symbol of Seattle and the most distinctive part of its skyline.

Famous across the country, the Space Needle was built for the 1962 World Fair.

This 605 foot tower stands apart from other tall downtown Seattle buildings for an unobstructed view.

Its shape is a combination of two different designs: a flying saucer and a tethered balloon.

The “saucer section” contains a restaurant, a gift shop, and an observation deck.

The SkyCity Restaurant rotates slowly through a full 360 degrees of city and mountains.

The whole height of the Needle lights up at night and creates a beautiful scene.

The Pacific Northwest, A Solo Motorcycle Ride Around the World!
Western Washington hit with January snow