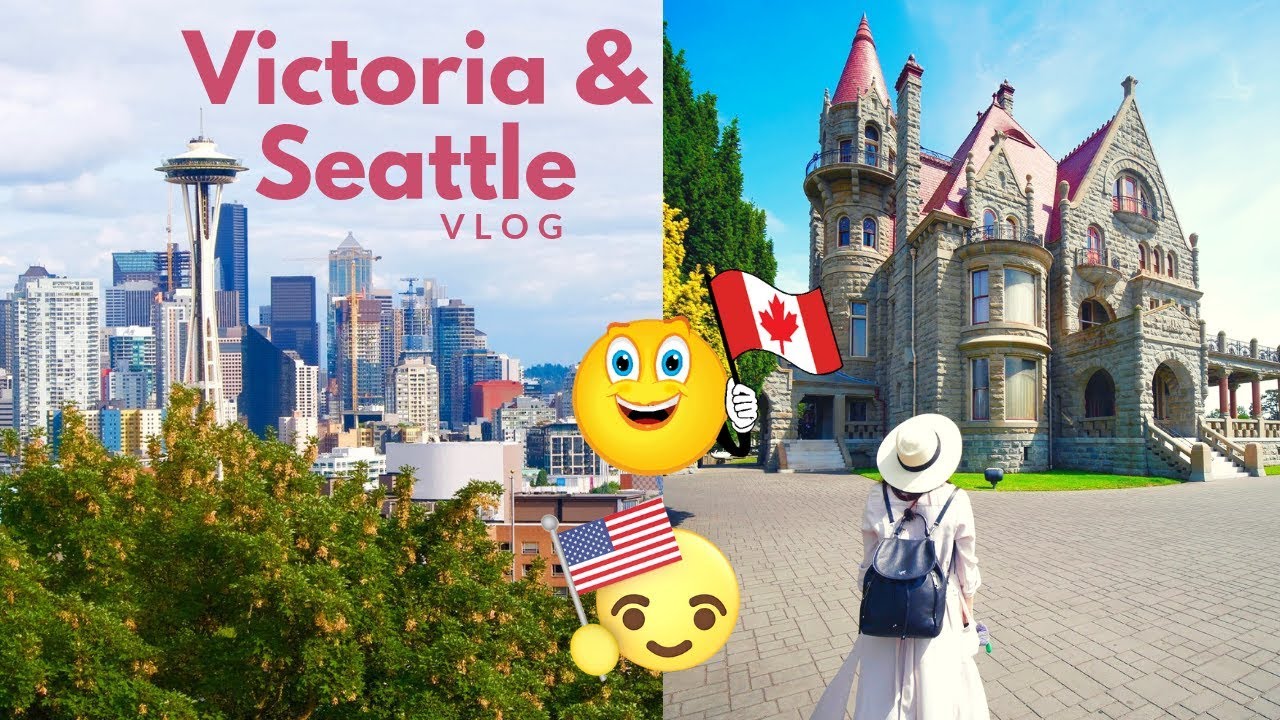 Travel video vlog about our trip to Seattle in the United States and then onto Victoria in B.C. Canada.

We traveled to Victoria and Seattle during the holiday of 04 July. We first flew to Seattle on the night of 03 July and stayed in a hotel for that night. Then, early next morning we left our hotel and headed to the pier to catch our ferry / clipper from Seattle to Victoria.

Victoria, the capital of British Columbia, sits on the craggy southern end of Vancouver Island. With abundant parkland, it’s known for outdoor activities. We stayed in Victoria for two nights exploring its top attractions such as Craigdarroch Castle mansion, Butchart Gardens, Fisherman’s Wharf and others.

Victoria is a fairly small city that can be easily explored in a day, but two days is recommended if you want to have a more relaxed trip and don’t want to rush too much while exploring the sights.

The ferry from Seattle from Victoria takes approximately 3 hours and it is very comfortable. It departs very early in the morning (at 07:30am), and you arrive in Victoria just before lunchtime.

After two days exploring Victoria, we took the 11:00 am morning Clipper back to Seattle, and had a couple of days exploring downtown before heading back home.

Seattle, a city on Puget Sound in the Pacific Northwest, is surrounded by water, mountains and evergreen forests, and contains thousands of acres of parkland. Washington State’s largest city, its home to a large tech industry, with Microsoft and Amazon headquartered in its metropolitan area.
The main attractions of Seattle you can see in this video are: The international fountain (03:46), The futuristic Space Needle – a 1962 World’s Fair legacy, is its most iconic landmark (03:47), Kerry Park from where you can see panoramic views of downtown (03:54), Farmers Market (04:05), “The gum wall” which is an alleyway in Post Alley under Pike Place Market in Downtown Seattle (04:11), and then views from the top of the Space needle building (04:16)

This video was recorded with two cameras:

Thanks for watching this travel diary / vlog. If you like the video, please give it a thumbs up and subscribe.

I hope that this travel guide and video can help you plan your trip to Seattle and Victoria in British Columbia, Canada.

If you have any questions or suggestions, please leave a comment and I will make sure to get back to you 🙂