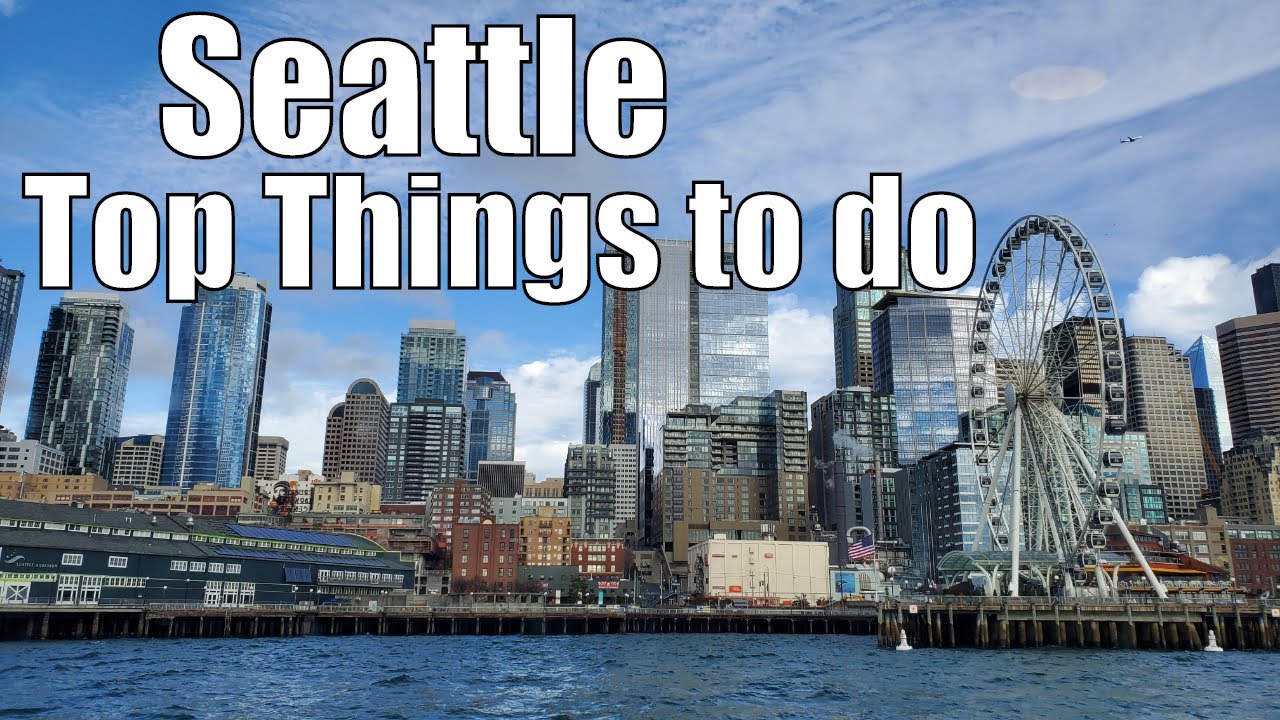 The reputation of Seattle for rain and gray skies may at first glance deter families from examining all that the city has to offer. But don’t let you down with a small drizzle. Seattle has more children of all ages to entertain than one or two weekends could possibly.

The Emerald City boasts unique experiences that are family friendly. Seattle will surely capture the heart of your family, from famous markets and buildings to high-quality museums and an iconic waterfront. It can be a challenge to know where to start, but we do! There’s so much to do and see.

Seattle has lovely green forests and parks, as well as colorful alleyways bordered by museums and shops of all sorts. Would you like to plan a trip in this city for the whole family? Here’s an overview of the most fun Seattle things to do with children for an unforgettable Emerald City tour!

Take a ferry across the water. There are several. The easiest is the ferry to Bainbridge Island that leaves from the waterfront just below the hotel. You can drive your car on to the ferry and spend a few hours exploring the island. Walking is also easy.

This time, you can take another ferry trip through the Washing State Ferries. Families can dine together while sailing around Puget Sound, the city’s biggest body of water.

Schedule 35-minute sail to Bainbridge, Vashon Island and Lake Union. While the Dolphins and, sometimes, marshes and whales greet you, the entire household can sail to many port areas!

Feed the seagulls at Ivar’s. These gulls are well trained to catch flying fries. The kids love it and you can enjoy the best clam chowder and fish-n-chips on Planet Earth. Ivar’s is next to the ferry terminal.

Visit the Seattle Aquarium. Having been dragged to the aquarium on what seemed like every field trip as a child, I had no intention of making this part of our itinerary. I didn’t count on the boys watching the hotel channel that shows local activities. Rather than listen to the sobs about how they were denied the chance to touch a starfish, we went. Since I was just in elementary school a few years ago I was surprised that the aquarium is vastly different than I remembered. The sprawling room of touch tanks thrilled even me. Did you know that sea anemones (the kind Nemo lived in) are trying to sting you when you touch them but our skin is too thick? Me either, and I touched them all!

Ride the monorail to the Pacific Science Center. The monorail was built for the 1962 World’s Fair. It runs between Westlake Center in the middle of town (near Nordstrom’s which is ever so convenient) and the Seattle Center. The ride alone is a huge, if brief, treat. When we were visiting, there was a Star Wars traveling exhibit. It featured the real Darth Vader costume and Luke’s prosthetic hand. Boy heaven.

Ride Seattle’s favorite mono and specially drop off in iconic places like the Seattle Center, the Space Needle, the Pop Culture Museum and many other tourist places. It is a convenient car that can take you in a jiffy to the city center of Seattle.

A hub for fun and learning is the Pacific Science Center. Let your children learn about humanity and other earth, sky and sea creatures. The planet, the solar system and the galaxies outside extend that further.

Young people can take part in PSC children-centered activities for exhilarating lectures like Science in the City or Curiosity Expo and access mental blowing centers like the Planetarium and IMAX Theatre. Finally, during PacSci At Night you and your twins can dance to pop music with LED lights.

The Space Needle is an 184m high structure that gives you an overview of Jet City itself at a 360-degree level. It’s a landmark you should not miss, visited by over 20,000 people a day.

Both parents and children can hop on their lifts and go straight to the town from another point of view — 9250 feet over the floor! The first and only glass floor in the world can also be accessed via a rotating glass floor. Make sure you take a carrier for your little tote because scooters are not permitted.

Take a seaplane ride and get a bird’s eye view of the famous houseboats, Space Needle and Bill Gates’ house. The pilot put JJ, my 11-year-old, in the co-pilot’s seat and gave him the best family vacation story in his fifth grade class. Sadly, our ride was a little bumpy and I’m not the Amelia Earhart I like to think I am. I got sick, but I would do it again.

Fantastic artworks and exhibits intended for inspiring children are housed in the Kinder’s Museum. But it’s also well known for its 18,000 square meters space, over and above the displays themselves!

Moms and dads, bring your children to a studio for children, where they can paint and carve out their masterpieces for themselves. Go to the mini golf and slides on Play Space once you’ve done it. Furthermore, play areas where you can play at a fire station, a farm, the Alps and more.

Visit the Boeing Museum of Flight. Both of my parents worked there at one point. Taking a tour with my dad was one of the highlights of my trip. The original barn where the planes were built and then floated out on to the water is still there. The flight simulators and Blue Angels movies were big hits. The first presidential airplane, the original Air Force One, is on display. It was delivered to President Eisenhower and still has his secretary’s typewriter bolted to the desk, the boys had no idea what a typewriter was.

The easiest way to get to many of the locations in downtown Seattle is in the Four Seasons house car. The boys loved being ferried around the city in “their Jaguar”. Anything within a mile of the hotel is fair game (and most of that mile is steep hills by the way).

The Hiram M. Chittenden Locks is also known as the Ballard Locks and is an aquatic pontoon connecting Lake Union with Puget Sound. It is a boat or ferry trip which gives the famous first-hand insights into the city’s famous lakes.

Get a seat in one of its ferries and allow your children to explode on the deck, watching a boat pass by after a boat, and open and close the locks. In addition, through the glasses on the hull, you’ll be able to see fish journeys on the unbelievable, manmade path called the fish stem.

Seattle is one of the most populous and largest cities in the United States. Either for a short weekend or for a longer family holiday, Seattle will have something to do. The icons such as Pike Place Market and Space Needle are essential when visiting the iconic sights of Seattle. But sometimes children may not be interested in the same activities as adults if they are traveling with your family.