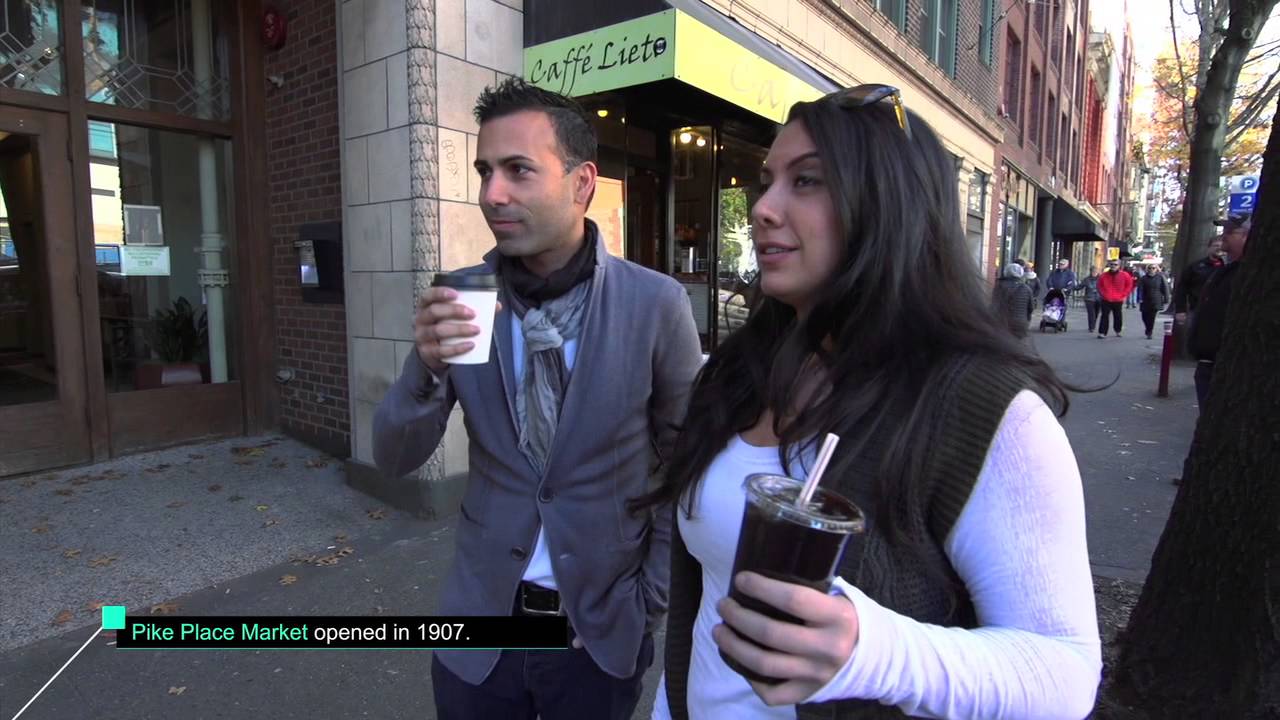 Ali visits the very first Starbucks with one of his Twitter followers and then takes in a lovely Seattle afternoon by watching a guy juggle some chainsaws.