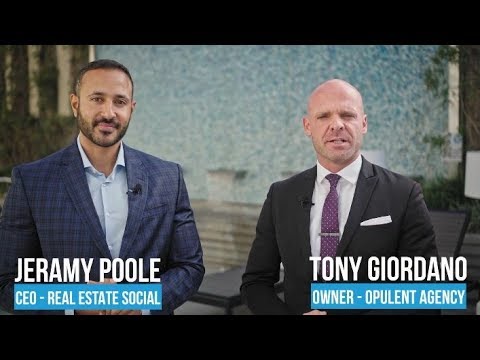 The Moment – Episode #30 with Tony Anthony Giordano. Part 1 of 2. Tony is the President and Founder of The Opulent Agency in Beverly Hills and the author of the best-selling book, “The Social Agent”. He will also be the keynote speaker at our upcoming event The Moment LIVE, Jan 26th, 2018 at The ACT Theatre in Seattle, WA. This man is a wealth of knowledge when it comes to social media marketing and has a heart to share it with the real estate community.

Our real estate talk show “The Moment” captures a glimpse into the lives of some of the top real estate professionals in the business. They share their setbacks as well as their successes with the hope of inspiring those of you that are also pushing your way to the top.