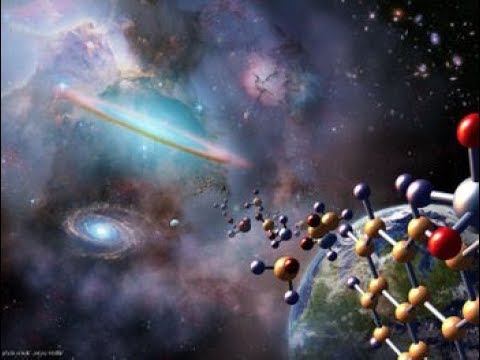 The origin of life remains the theory of evolution’s most significant obstacle. More than 150 years after Darwin published his theory, and following exhaustive efforts, evolutionists are no closer to solving the riddle of how life began. Despite countless attempts using every conceivable condition, biochemists have been unable to produce genetic information (DNA) and/or proteins in a simulated natural environment and thereby show how even the simplest cell could have formed without intelligent design.

This presentation will examine the origin of life and illustrate that evolution is simply without a foundation. Life began through the actions of a God of supreme intelligence and creative power – actions that could never be reproduced by mere humans and will never be explained without reference to intelligent causation.

NOTE: Videos used to enhance this presentation were removed before uploading to YouTube. Download the full version below.
http://www.nwcreation.net/videos/Miracle_of_Life.html

Chris moved from research science into the teaching profession to serve God in Christian education. His decision was motivated by the impact that secular science is having on people of faith. Today, close to 50% of Christian students lose their belief in God while attending secular schools. This tendency could be lessened if the Church was better equipped to defend the authority of Biblical teachings (1 Peter 3:15). To be prepared for these challenges, it is important that Churches provide regular educational programs on creation and other Bible apologetics.

This seminar was recorded during the 2010 Seattle Creation Conference at New Life Four Square Church in Everett Washington. (http://www.newlifecenter.org/). The NW Creation Network organizes numerous educational programs each year, which feature presentations by speakers, scientists, and authors who are dedicated to defending the Bible and the Christian worldview. These events are open to the public and free to attend.

Learn more about how science supports the Bible at our CreationWiki: Encyclopedia of Creation Science.
http://creationwiki.org

More info on The Miracle of Life