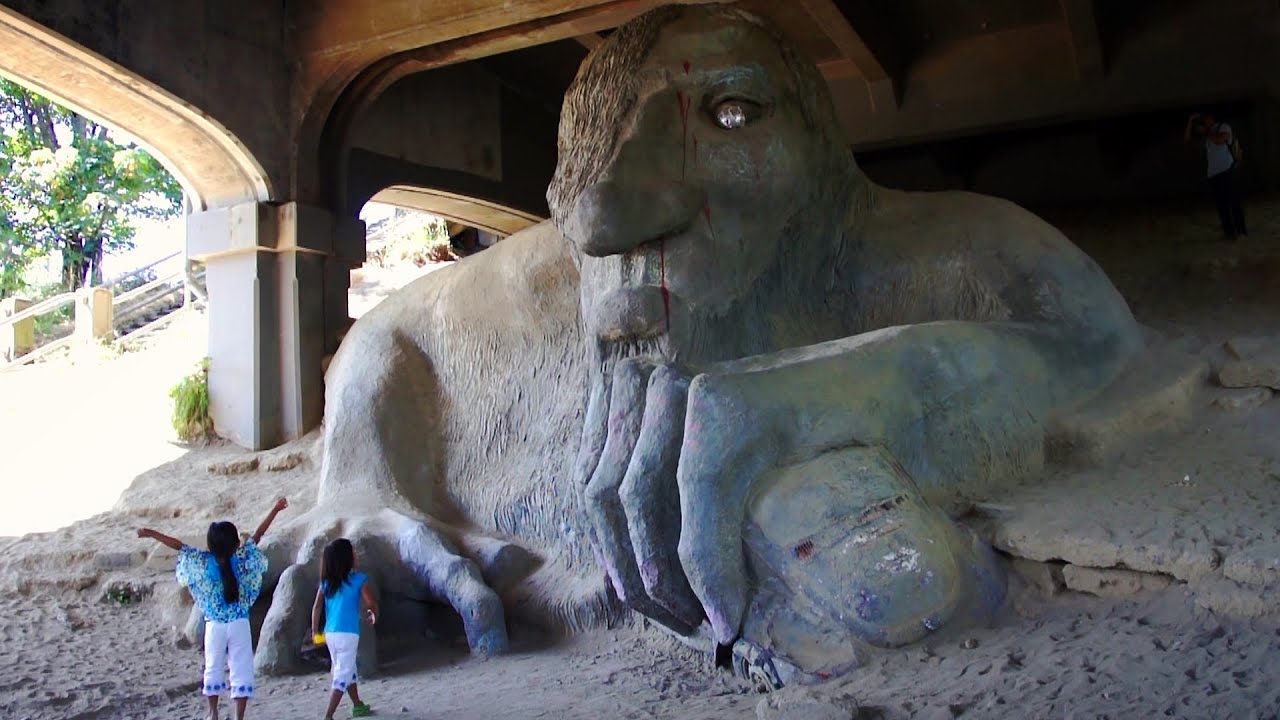 The Fremont Troll is a sculpture under the Aurora Bridge in the Fremont neighborhood of Seattle. It is the result of a national competition run by the Fremont Arts Council who wished for something creative to be placed under the bridge.

Many children climb the sculpture, and people are actually encouraged to do so as well.

It might be a somewhat strange tourist attraction, but you can’t help but enjoying this ugly creature. Be sure to stop by if you’re in the neighborhood.