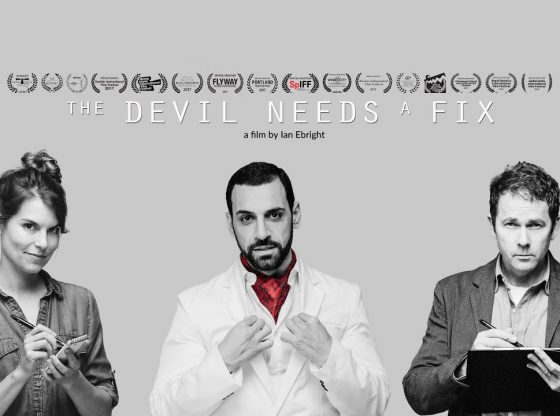 An ambivalent reporter will get a big break if his interview with the Devil goes as planned, in this narrative short film from writer/director Ian Ebright (From the Sky). THE DEVIL NEEDS A FIX is a dark comedy/fantasy/drama exploring disconnectedness, longing, and fear in modern society.

“This smart and elegant sophomore film proves FROM THE SKY was no accident. Ian Ebright knows how to make movies.” -Cinephilia & Beyond. Featured as a Short Film of the Month: https://cinephiliabeyond.org/the-devil-needs-a-fix-ian-ebrights-sophomore-film-proves-his-debut-was-no-coincidence/

“A wonderfully scripted film with a rather brilliant turn of events.” -Film Shortage. Featured as a Daily Short Pick: https://filmshortage.com/dailyshortpicks/the-devil-needs-a-fix/

The Devil Needs a Fix

Funded in part by 96 backers on Kickstarter