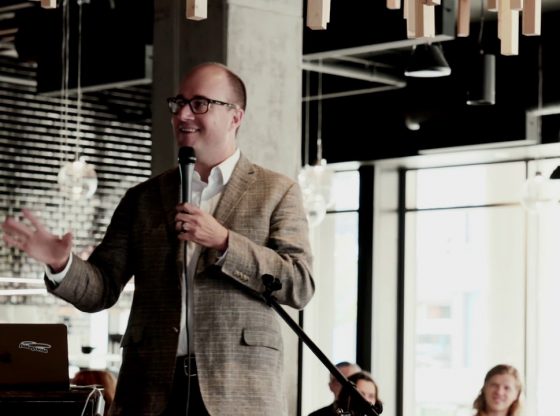 People around the world want to know what is going on in this community.

Todd Bishop at CreativeMornings Seattle, August 2018. Free events like this one are hosted every month in dozens of cities. Discover hundreds of talks from the world’s creative community at https://creativemornings.com/talks