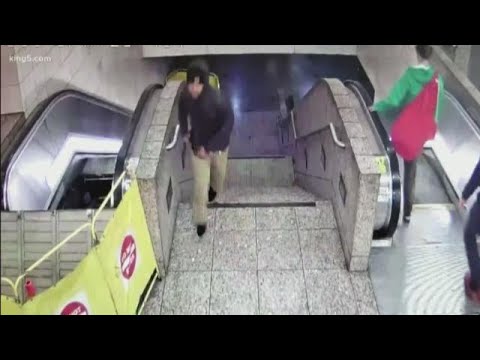 Police are searching for the person who opened fire in downtown Seattle Friday night. One person was killed and two others hurt in the shooting inside the Link light rail Westlake Station : https://kng5.tv/WestlakeShooting