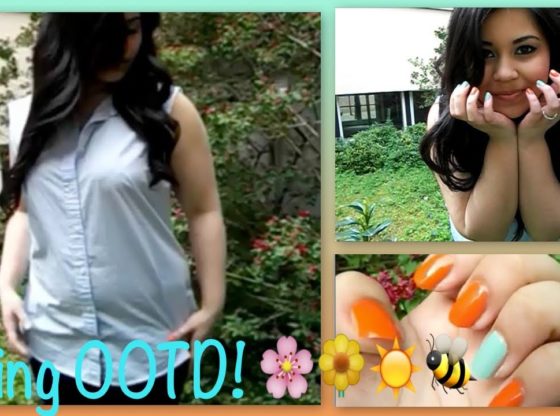 Thanks for watching! I hope you liked my outfit (:
Open me for more info!

What I’m wearing:
-Light blue sleeveless button up (This was a DIY! You can do this to any of your button up shirts by cutting along the seams at the top of your sleeves!) Old Navy
– Calvin Klein dark wash denim jeans bootcut – Macy’s
– Cream colored crochet flats – Sears
-ELF Nail polish in “Party Peach” and “Mint Cream”