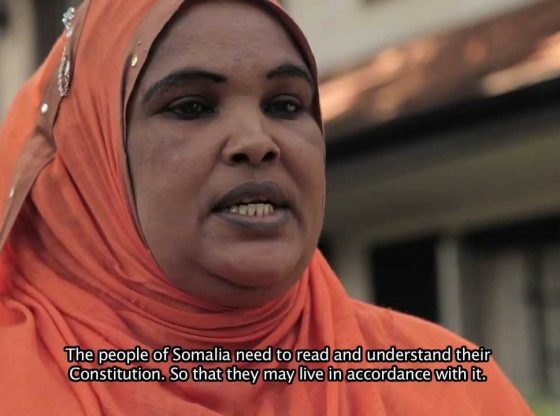 After emerging from two decades of civil war, Somalia has a parliament, a new president and is transitioning toward a new democratic political system. As the new government moves to establish a permanent constitution, many Somalis lack access to basic information about the constitution-making process. But a civic education campaign is seeking to help them understand how their government works using a series of short film and radio dramas. Ten dramas, which will air on two Somali television stations as well as on radio, aim to educate citizens about the content of the provisional constitution, how to engage with political leaders and how to take part in a popular referendum on the provisional constitution, scheduled for 2016. Each drama covers a different subject area, such as the constitution, judiciary, state and religion, and human rights. This film follows the story of a woman who wants her daughter to have the same education as her son. But her husband thinks they can only afford to send one child to school, and decides it is more important for the family to educate the son, saying that the role of women is in the home. Then the woman decides to take matters into her own hands and attend a traditionally all-male community meeting, where she finds out that all children are entitled to an education under the constitution.