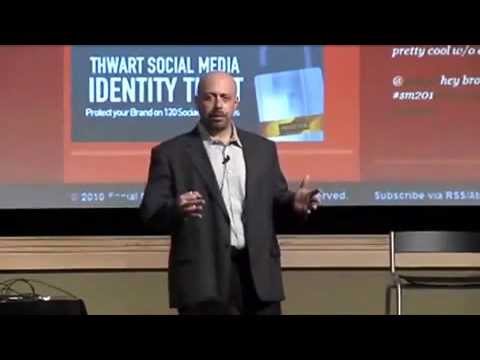 By-the-way that manager at Dell, who told me about that career limiting move; he reached out to me recently. He got in touch, and he said, “Darren I want to talk to you about Twitter.”, I’m Serious!

He said, “I’d like to talk with you about Twitter.” I said, “How did you even connect the dots and know that I jumped back on after Dell?” He said, “My son follows you and he thinks you’re cool.” (Laughter)

Truth be told, his son went into his dinner and said, “Dad how well do you know your friend Darren?” He said, “Pretty, pretty good. We were on the road together three years selling millions of dollars, I know him very well.” He said, “Really, what kind of guitar he play, dad?” (Laughs)
Bill picked up the phone and called me that night.

He was impressed that I know that it was his son that followed me. I didn’t know it was his son but I recognized the name and I knew things about him. I said, I remember seeing his tweets about, this topic and that topic, and he really opened his mind up. He said, “Darren, this is the new telephone, this is a tool that I need for business, this is a way that we can get messages across to the masses. By-the-way I’m with HP now could you give me a call?”

I have been talking to Bill quite a bit and we laughs about the times where he had advised to sign off of Twitter, and now he’s just looking at this as the salesman tool. You wouldn’t think going into sales without tools such as a smart phone for emails, making telephone calls now-a-days. Even think about not having a fan page, or blog or Twitter presence, I guess you can think that way if you don’t want to succeed.

Great times were had by all at SM201
More at Regillo, Inc. at http://www.Regillo.com

Yes, they messed up my name, @Jwillie 😀