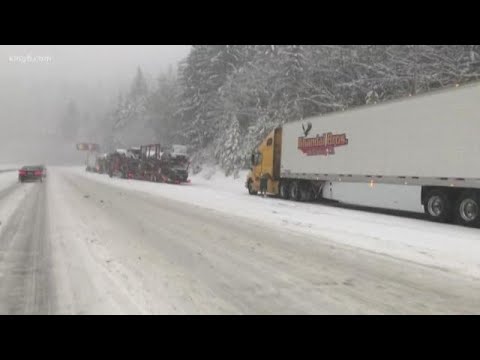 Snow is coming down hard in Snoqualmie Pass and the temperature is below freezing. There is a chain requirement and oversized vehicles are not allowed. KING 5’s Sebastian Robertson and meteorologist Craig Herrera have updates on pass conditions and the winter weather warning in western Washington. https://www.king5.com/article/weather/weather-blog/timeline-cold-temps-puget-sound-snow/281-50d8f73f-0847-4c6d-a7b4-ff49a24aa3e3