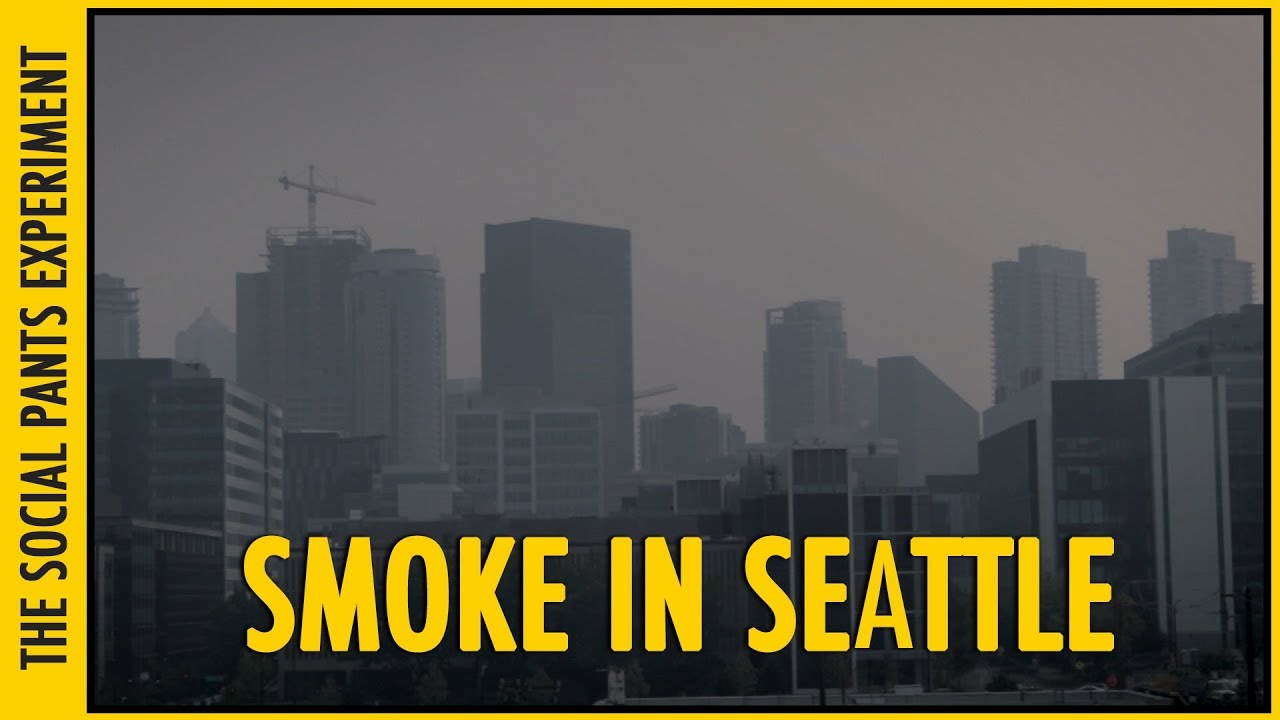 You can taste the smoke in Seattle this week in your mouth. With wildfires raging in Eastern Washington and British Columbia– Seattle is getting a large amount of unhealthy air.

ABOUT THE SOCIAL PANTS EXPERIENCE
Hi, I’m Mike Johnston. Depending on where I am in the world, some people call me Big Mike, Mr. Mike, or even Mr. Social Pants.

Welcome to The Social Pants Experiment.

This experiment begins with a simple premise. I live in San Francisco. My daughter [aka The Kiddo] lives in Atlanta. We don’t get to see each other every day. THE EXPERIMENT: what if I created a personal story EVERY DAY, for the next 365 days, and posted it online?

I believe that kids do what you do and not what you say. So, this allows The Kiddo to have a daily glimpse into my crazy-busy life of work and travel. Something that she may not find interesting now, but later. And, we will both likely learn something along the way.

I also hope that YOU find this entertaining and become a subscriber. Help me GROW this experiment. Worst case I’ve got 365 days of short stories documented forever. Something for The Kiddo to look back on in years to come.

In the short term, it will give The Kiddo and I something to talk about on a regular basis. A conversation that extends beyond the typical one-word teenage answer of, “I don’t know.”

I’m not sure where this crazy adventure will take me or how it will end. I’m not sure how the stories will progress or unfold. I’ve never done anything like this before and am genuinely finding my way every day.

I hope you will come with me on this journey. And, I’d love to hear your feedback. So, make sure you say hello and hit the subscribe button. Turn on updates to get notified of the latest exciting adventure. The Social Pants Experiment will be, if nothing else, a fun and entertaining journey.

More info on SMOKE IN SEATTLE | The Social Pants Experiment 231