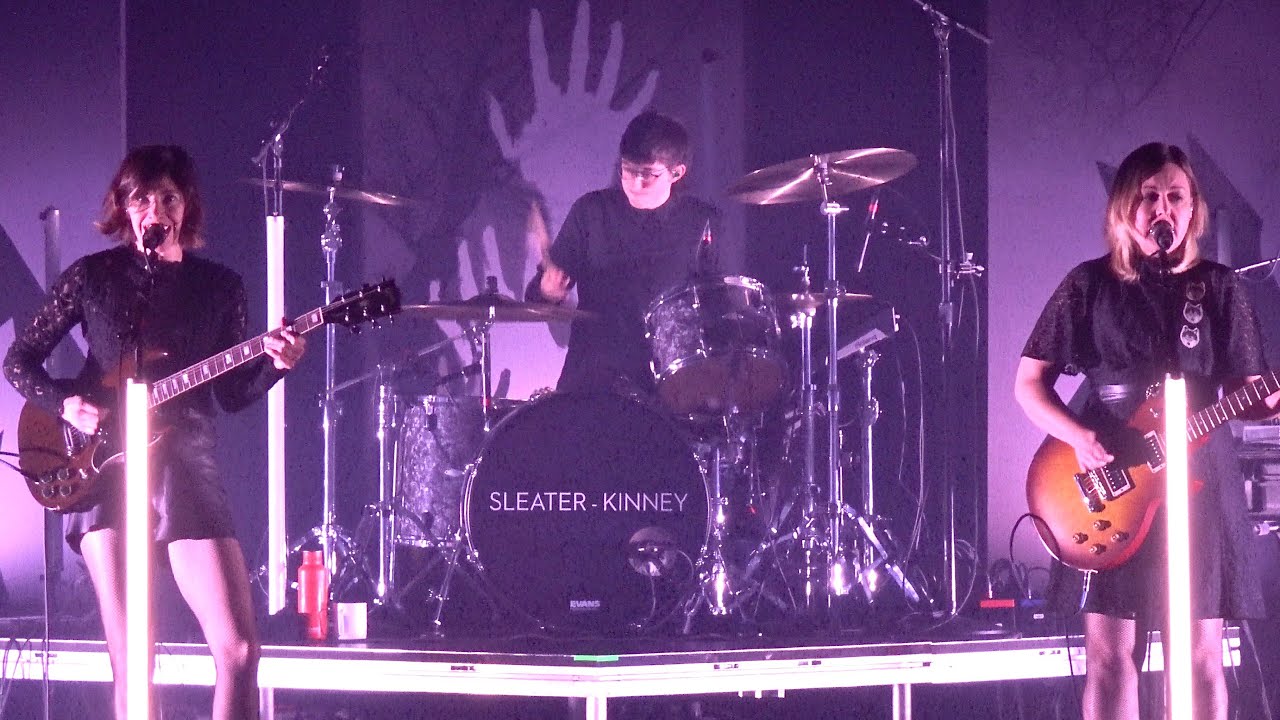 Sleater-Kinney play their song “Oh!” live in concert at the Fox Theater in Oakland, California on November 16, 2019. Oh! was originally released on the band’s sixth studio album, One Beat (2002). Sleater Kinney are Carrie Brownstein (guitar and vocals) and Corin Tucker (guitar and vocals). Joining them onstage were Katie Harkin (guitar and keyboards), Angie Boylan (drums), and Toko Yasuda (keyboards).