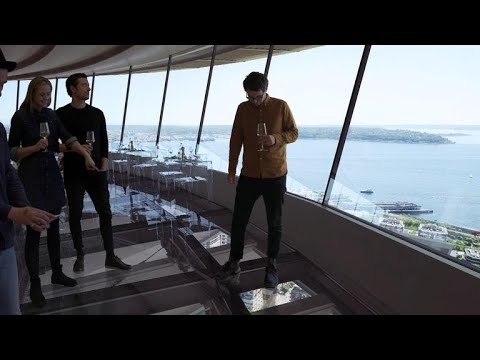 We got a close-up look at the biggest upgrade to Seattle’s iconic Space Needle since it opened in 1962. The renovations started last September, and 150 construction workers have been working 20 hours a day, six days a week, to give the structure some new vertigo-inducing features. “CBS Sunday Morning’s” Lee Cowan got a tour at the top of the site before its re-opening.

Get new episodes of shows you love across devices the next day, stream local news live, and watch full seasons of CBS fan favorites anytime, anywhere with CBS All Access. Try it free! http://bit.ly/1OQA29B

Delivered by Norah O’Donnell and Gayle King, “CBS This Morning” offers a thoughtful, substantive and insightful source of news and information to a daily audience of 3 million viewers. The Emmy Award-winning broadcast presents a mix of daily news, coverage of developing stories of national and global significance, and interviews with leading figures in politics, business and entertainment. Check local listings for “CBS This Morning” broadcast times.