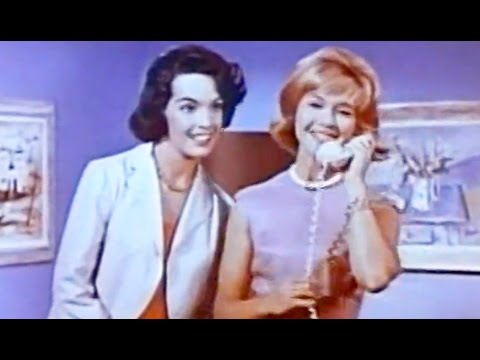 “Romp through the futuristic landscape of the Seattle World’s Fair, centered in the Bell System pavilion.”

Reupload of a previously uploaded film with improved video & sound.

The Century 21 Exposition (also known as the Seattle World’s Fair) was a World’s Fair held April 21, 1962, to October 21, 1962 in Seattle, Washington. Nearly 10 million people attended the fair. Unlike some other World’s Fairs of its era, Century 21 made a profit.

As planned, the exposition left behind a fairground and numerous public buildings and public works; some credit it with revitalizing Seattle’s economic and cultural life (see History of Seattle since 1940). The fair saw the construction of the Space Needle and Alweg monorail, as well as several sports venues and performing arts buildings (most of which have since been replaced or heavily remodeled). The site, slightly expanded since the fair, is now called Seattle Center; the United States Science Pavilion is now the Pacific Science Center. Another notable Seattle Center building, the Experience Music Project, was built nearly 40 years later and deliberately designed to fit in with the fairground atmosphere…

The fair was originally conceived in 1955 to mark the 50th anniversary of the 1909 Alaska-Yukon-Pacific Exposition, but it soon became clear that that date was too ambitious. With the Space Race underway and Boeing having “put Seattle on the map” as “an aerospace city”, a major theme of the fair was to show that “the United States was not really ‘behind’ the Soviet Union in the realms of science and space.” As a result, the themes of space, science, and the future completely trumped the earlier conception of a “Festival of the [American] West…

The World of Commerce and Industry was divided into domestic and foreign areas. The former was sited mainly south of American Way (the continuation of Thomas Street through the grounds), an area it shared with the World of Science. It included the Space Needle and what is now the Broad Street Green and Mural Amphitheater. The Hall of Industry and some smaller buildings were immediately north of American Way. The latter included 15 governmental exhibitors and surrounded the World of Tomorrow and extended to the north edge of the fair.

Among the features of Domestic Commerce and Industry, the massive Interiors, Fashion, and Commerce Building spread for 500 feet (150 m)—nearly the entire Broad Street side of the grounds—with exhibits ranging from 32 separate furniture companies to the Encyclopædia Britannica. Vogue produced four fashion shows daily alongside a perfumed pool. The Ford Motor Company, in its pavilion, presented a simulated space flight and its vision for the car of the future, the Ford Seattle-ite XXI. The Electric Power Pavilion included a 40 feet (12 m)-high fountain made to look like a hydroelectric dam, with the entrance to the pavilion through a tunnel in said “dam.” The Forest Products Pavilion was surrounded by a grove of trees of various species, and included an all-wood theater. Standard Oil of California celebrated, among other things, the fact that the world’s first service station opened in Seattle in 1907. The fair’s Bell Telephone exhibit was featured in a short film called “Century 21 Calling…”, which was later shown on Mystery Science Theater 3000. There were also several religious pavilions. Near the center of all this was Seattle artist Paul Horiuchi’s massive mosaic mural, the region’s largest work of art at the time, which now forms the backdrop of Seattle Center’s Mural Amphitheater…