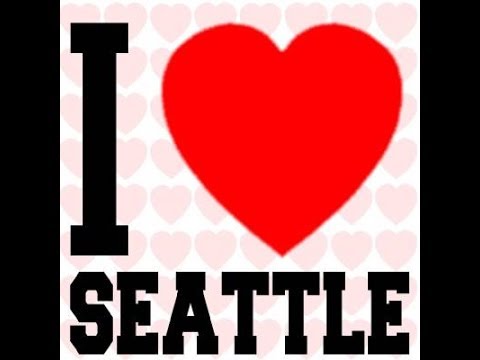 World Travel https://www.youtube.com/user/World1Tube
Seattle – Washington – USA Travel Guide http://bit.ly/18mIomQ
Seattle – Washington – USA Travel Guide, Tourism and Vacation
Hip and buzzing Seattle is the cultural hub of the Pacific Northwest, with a setting that’s hard to beat amid ocean, mountains and lakes. This laid-back west coast metropolis is jammed with cool cafés and bars, diverse museums, chic hotels and quirky neighbourhoods. It’s also a gateway to the great outdoors, with a multitude of adventurous activities right on its doorstep.

Seattle is home to a cornucopia of terrific attractions, including a first-class art museum, a superb science centre, a waterfront aquarium, and the soaring Space Needle, with its jaw-dropping panoramic views of the startling beautiful scenery surrounding the city. In recent years, Seattle has continued to innovate and add to its plethora of sights: the eye-catching Frank Gehry-designed EMP Museum and vibrant glass sculptures of Chihuly Garden and Glass have boosted the Seattle Center’s appeal; MOHAI (Museum of History and Industry) has opened in a new location at Lake Union Park, hugely increasing its exhibition space; and the Seattle Great Wheel whirls seaside lovers round and round on a downtown waterfront pier.

Exploring Seattle’s neighbourhoods is part of the fun of visiting the Emerald City. There’s Capitol Hill with its indie boutiques and hidden speakeasy bars, Ballard and its Scandinavian-infused historic streets, or funky Fremont, the self-dubbed ‘centre of the universe’. Downtown’s shiny skyscrapers rub shoulders with heritage buildings around Pioneer Square, home to the original settlers. The thriving International District is a bustling hub for Asians immigrants.

Natural beauty is a big part of Seattle’s allure. For many visitors, the city is a stepping-off point for outdoor adventures. Seattle has numerous parks and trails coupled with enchanting waterways and small islands off the coast. The nearby Cascades and Olympic Mountains, including Washington’s highest peak, Mt Rainier offer a spectacular setting for outdoor activities. In addition to hiking, mountain biking and skiing in winter, you can kayak or sail in the lakes and Puget Sound.

For culture of another kind, craft beer is a Pacific Northwest mainstay and microbreweries seem to open at an astonishing rate, with no signs of saturation in the market so far. During the annual Fremont Oktoberfest, beer lovers have the pick of over 100 ales. Craft distilleries are a burgeoning industry as well, producing gin, whisky and vodka on a small scale. And new to Seattle’s microbooze scene in 2013 is the Seattle Cider Company, the first cidery in the city since Prohibition.
Seattle has also made a name for itself in the world of big business, with headquarters of international companies including Microsoft, Starbucks, Expedia and Amazon based in and around Seattle.

Phenomenal natural scenery and a font of creativity and innovation: no wonder Seattle has become such a compelling destination.