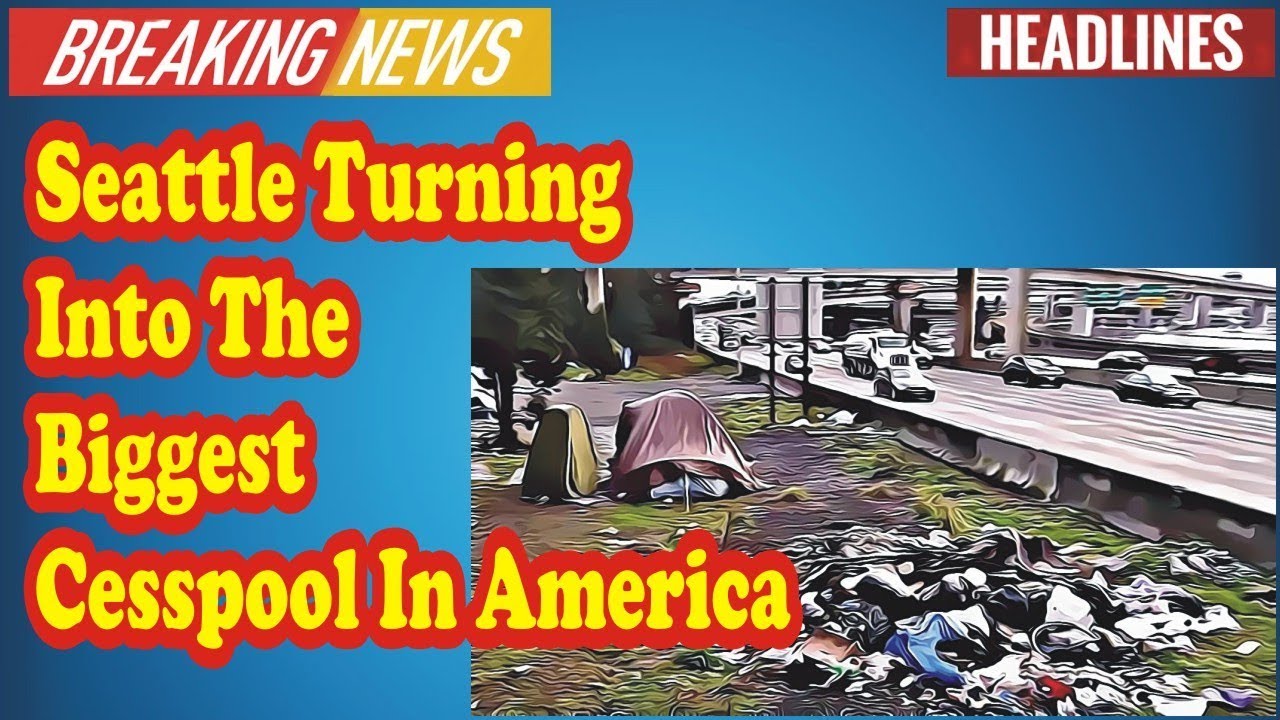 SEATTLE’S SUICIDE: DRUGS AND HOMELESSNESS TAKE THEIR TOLL ON THE CITY
Widespread drug use and homelessness in plaguing all socialist regions of the country. From San Francisco, where pedestrians have to literally watch the homeless shoot up, to Los Angeles where Medieval diseases have returned thanks to policies which have made it impossible for the everyday American to scrape by anymore.
Seattle is also committing suicide. “It is about the damage they inflict on themselves, to be sure, but also on the fabric of this place where we live. This story is about a beautiful jewel that has been violated. And a crisis of faith among a generation of Seattlites falling out of love with their home,” said KOMO’s Eric Johnson in the intro to the video he helped create about the crisis. Years of authoritarian socialist policies are taking their toll on America’s cities. It’s time to say “enough is enough.”
The entire video is about an hour long, but it is pretty easy to see where Seattle continues to go wrong. A heavy tax burden, regulations that push out businesses, and a power-hungry group of totalitarian sociopaths have been slowly eroding the city. The decay of Western civilization can be seen up and down the entirety of the West coast. Some say it’s by design, others disagree. But the commonality is that all of the cities are being pushed into poverty by illusions and lies of socialists. Calling Seattle anything other than a leftist’s paradise would be inaccurate. The city has all of the laws the socialists want, yet it’s killing itself because of it.
The solution? The free market. It’s pretty simple. Stop allowing people to steal your wealth and call it taxation. Stop allowing people to lock you up for smoking a plant. Stop allowing people to tell you whether or not you can start a business. Make the government obsolete. People have some sort of strange illusion that we need violence, force, theft, and coercion to exist. We do not. The government is the parasite that needs a host to survive and Seattle continues to suck it’s host dry, like all of the other socialist cities in America.
Unfortunately, it will probably get worse, and a lot worse, before it gets any better – if it ever does.
Mac Slavo at SHTFplan.com
God Bless.
When you share to your friends you greatly help distribute our content. Please take a moment and consider sharing this video with your friends and family. Thank you, we appreciate it!

Copyright Disclaimer: Citation of articles and authors in this report does not imply ownership. Works and images presented here fall under Fair Use Section 107 and are used for commentary on globally significant newsworthy events. Under Section 107 of the Copyright Act 1976, allowance is made for fair use for purposes such as criticism, comment, news reporting, teaching, scholarship, and research.

Community Guidelines Disclaimer: The points of view and purpose of this video is not to bully or harass anybody, but rather share that opinion and thoughts with other like-minded individuals curious about the subject.
#Seattle #Biggest #Cesspool
Read More/Source/Credit/FairUse:https://bit.ly/2UKFnNK

More info on Seattle Turning Into The Biggest Cesspool In America