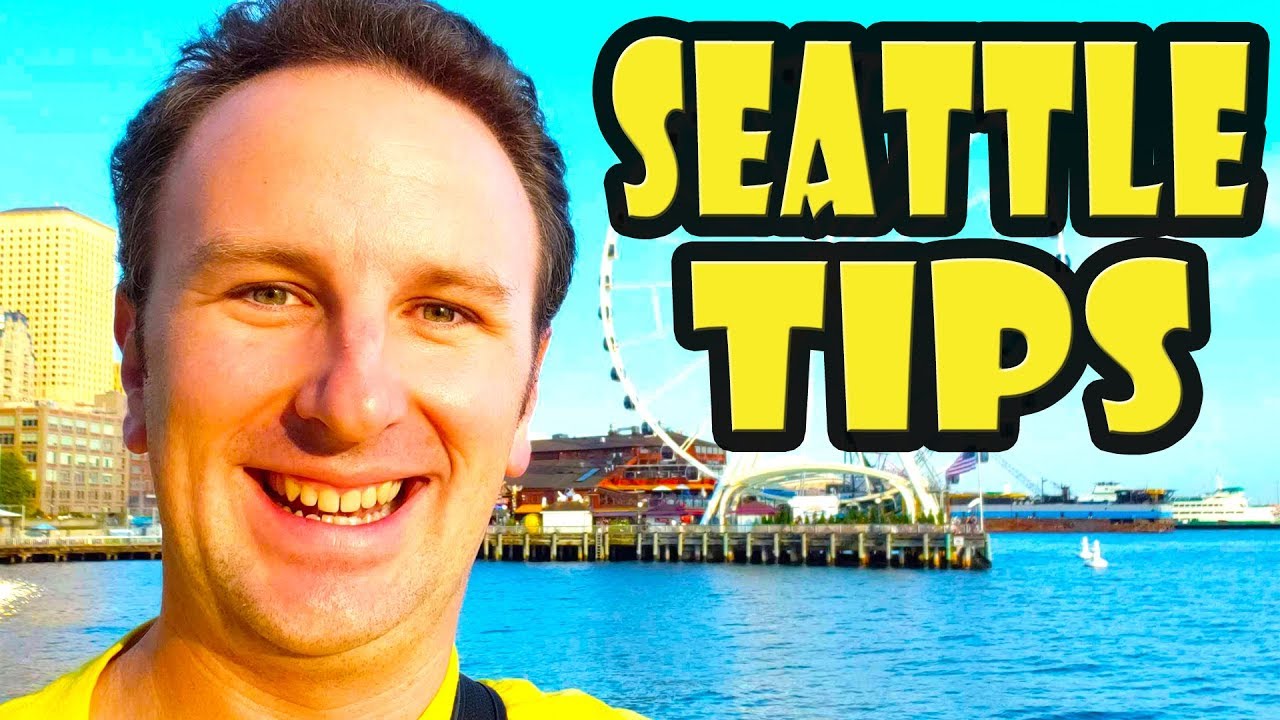 Everything YOU need to know before you travel to Seattle Washington. Seattle is the Capital of Washington State with a population of 750,000. Located in the Pacific Northwest. Surrounded by water, evergreen forests, and mountains. The official nickname for Seattle is Emerald City, for all the trees. Also known as the Gateway to Alaska because it’s the closest big US city to Alaska. A major departure point for Alaska cruises. Seattle is home to major US companies like Microsoft, Amazon, Costco, and Formerly Boeing. Seattle is the birthplace of many iconic music acts like Jimi Hendrix, Nirvana, and Pearl Jam. Seattleites have a rep for being cold and standoffish. It’s known as the Seattle Freeze.

150 days of rain a year, with an average rainfall of 37 inches. It’s generally not a huge downpour, but more of a steady drizzle. Make sure to bring a raincoat and umbrella.. Although you generally wont see the locals using an umbrella, just a raincoat. And if it’s not raining, it’s usually cloudy. Don’t expect blue skies and sun here. Cloudy 201 days out of the year and partly cloudy 93 days. Winter is quite cold. Averages about 5 inches of snow per year.. If its snowing, don’t plan on going much of anywhere. The city mostly shuts down.

3 – Getting in
Flying in you’ll likely land at Seattle-Tacoma International Airport (SeaTac for short)
Home to Alaska Airlines
Take the light rail in to downtown. Takes approximately 40 minutes from the airport to downtown.

Amtrak trains
Coast Starlight from LA via Portland
Cascades runs from Vancouver, through Seattle, to Eugene Oregon
Empire Builder comes in all the way from Chicago

Driving in, it’s about 3 hours from Portland or Vancouver

Lots of water around. Which makes getting around slow.
Seattle traffic is awful.. I personally still get a rental car.
Don’t want to rent one for the whole trip? Use Car2Go.
Seattle has one light rail line. Trains arrive every 6 to 15 minutes.
2 street car lines. Fares are .50 for adults.
1 Monorail line, from Westlake Center to Seattle Center. It’s a 2 minute ride for .50
Lots of bus lines too.
Oh and I mentioned water.. There’s also water taxis, and ferries.
Uber and Lyft are plentiful
Walking is the best way to get around.. but it’s quite hilly. Maybe even more so than San Francisco. So bring your hill climbing shoes.

Just like NYC, Seattle has lots of very good restaurants, but they are expensive. Known for seafood. Locally caught Salmon and Crab. Shellfish, oysters.
Eat a Geoduck (gooey-duck) Clam, native to Washington. Popular in Asian cuisine.. 50% of all geoducks get exported to China. somewhere between “chewy clam and a tender abalone, though crisper in texture than either”
Seattle hot dog.. with grilled onions Cream Cheese
Fast food of choice is Teriyaki
Adding to Seattle’s well-known hipster status it has a wide variety of micro-breweries. Over 200 breweries

Seattlite love coffee, and coffee shops. The coffee shop is like an extension of most people’s homes, they study, they meet people, oh, and they drink some coffee.

Starbucks started in Seattle. There are more Starbucks per person in Seattle than in any other city. In Pike Place they call it the original.. But the original one is no more. If you are a fan of Starbucks visit their flagship Starbucks Reserve Seattle Roastery on Capitol Hill.

Bikini Baristas started in Seattle too.

I think the best place to stay is in the heart of downtown. Then you won’t have to fight traffic, or deal with the lousy public transit because you can walk to most things. Expensive during the weekend. Try visiting on the weekend when all the business folks are gone.

Want something a little quieter? Try the Queen Anne Neighborhood by the space needle. Still close, and probably a bit cheaper. Just not in the middle of it all.

Bainbridge Island for cheaper hotels
It’s a 35 minute ferry ride in to Seattle for a cheap round trip.

Or even around Seatac Airport

Explore more of my content on my 2nd channel, the Office Survival Guide: https://www.youtube.com/channel/UCkeyiJNicoE7FMIwNvcsZ8g

Check out my blog:

More info on Seattle Travel Tips: 8 Things to Know Before You Go