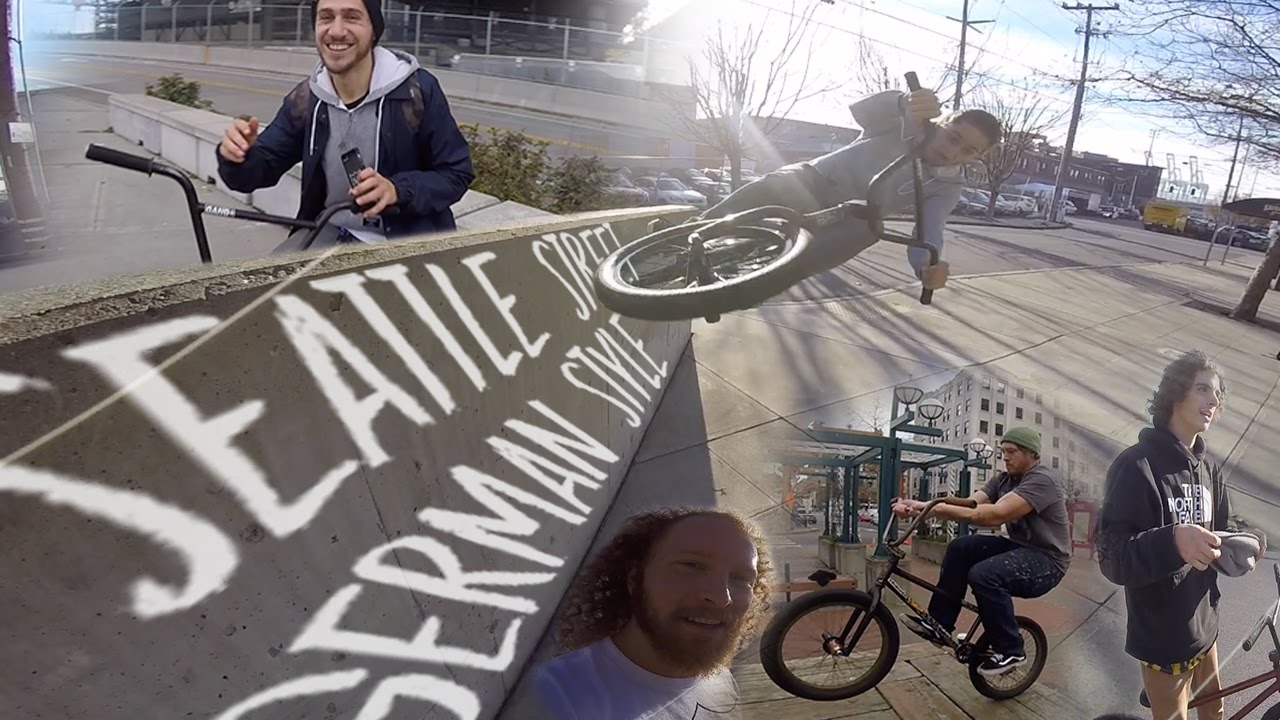 Riding BMX in the streets of downtown Seattle Washington with some friends, and a secret guest visiting from Germany.

Draden Glover gives me a call wanting to ride street in downtown Seattle. I load up my bike in the Mini Cooper and cruise that way. I meet up with Draden, Whiskey Woods, and a guy we call German Phill. German Phill is a licensed paramedic from Germany, who saved up his money, bought a one way flight to the states, bought a van, and simply is just traveling riding BMX. If that isn’t expressing his love and dedication to BMX, then I honest don’t know what is. Anyways, here is a video of our endeavors from that day. Enjoy and please subscribe to How To Ride BMX for more awesome BMX videos.