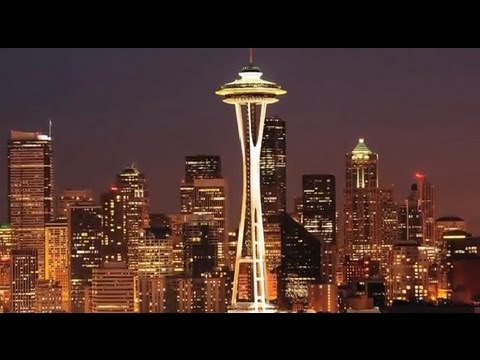 Space Needle – how it was built to withstand strong earthquakes, hurricanes, and other extreme weather conditions – as part of the travel series by GeoBeats.

Do you ever look at the Space Needle and wonder why it doesn’t keel over during high winds since it seems to have more mass towards the top?

Well, actually, this iconic structure in Seattle is an engineering marvel and is one of the safest places in the world during extreme weather or ground conditions.

Also, you may be surprised to learn that the Space Needle can withstand wind speeds of 200 miles per hour – for context, those are category-5 hurricane winds. For every 10 mph, it sways 1 inch. And on windy days, the elevators automatically slow down from 10 mph to 5 mph.

The foundation of Space Needle plays a big role in its stability. The foundation hole was 30 feet in depth and 120 feet across and 467 cement trucks were used to pour concrete in a span of 12 hours – such a large concrete effort had not been tried in the West before.

To further strengthen this great landmark, there are 72 bolts, each 30 feet long, tied to the foundation.

Due to the way it has been built, the center of gravity of the Space Needle is at just 5 feet above ground even though the whole tower is over 500 feet tall.

So next time you are visiting the Space Needle, take time to appreciate not only its aesthetic beauty but also its ingenious construction.