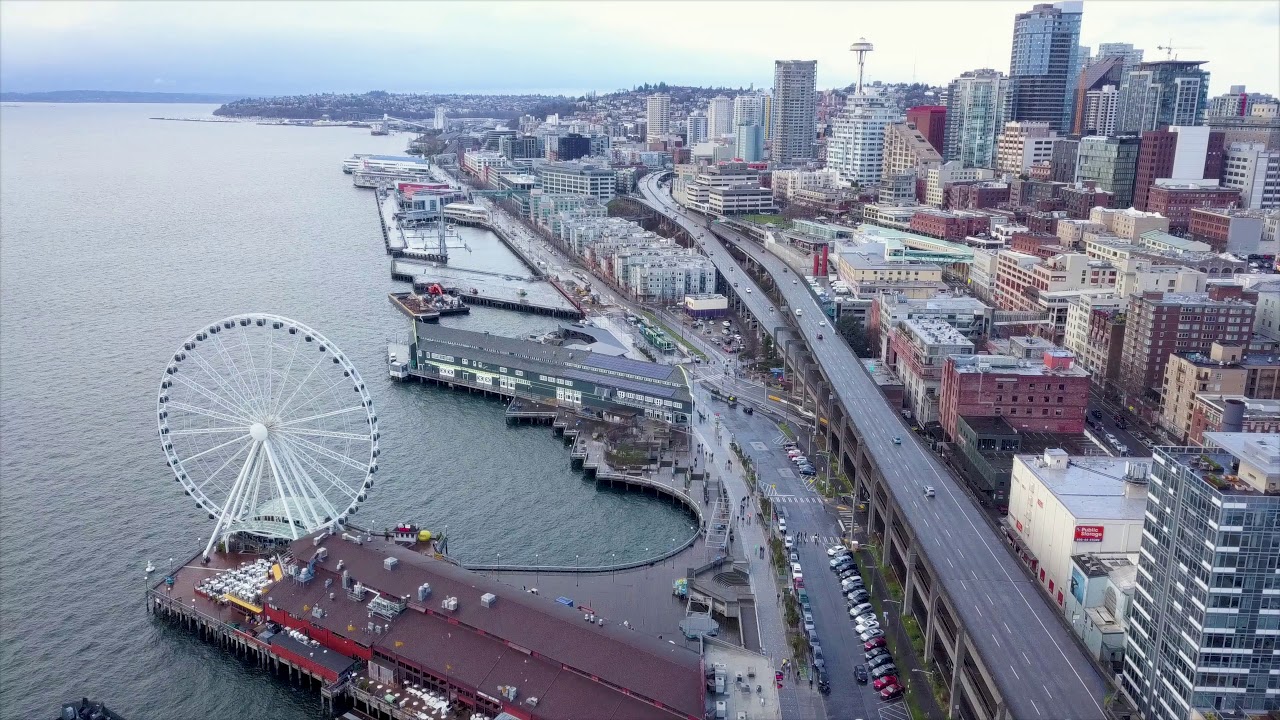 My fiance had to take a trip up to Seattle for work, and I tagged along. Happened to catch the sun attempting an appearance so I sent the mavic pro up for some shots.