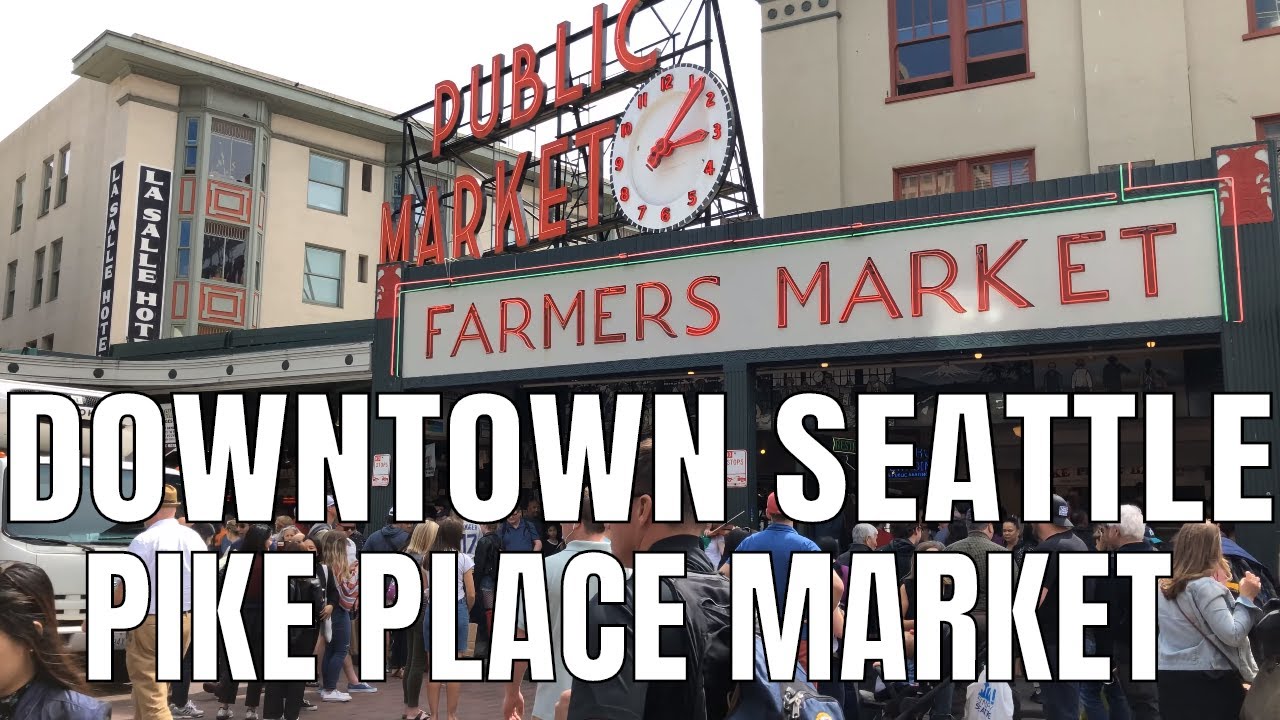 This is a virtual walk tour of the Pike Place Market (Public Market) in Seattle, Washington (US state) near Downtown Seattle and Elliot Bay Waterfront. It is one of the oldest running farmer’s market operating in the United States.

Pike Place Market is a public market overlooking the Elliott Bay waterfront in Seattle, Washington, United States. The Market opened August 17, 1907, and is one of the oldest continuously operated public farmers’ markets in the United States. It is a place of business for many small farmers, craftspeople and merchants. Named after the central street, Pike Place runs northwest from Pike Street to Virginia Street. With more than 10 million visitors annually, Pike Place Market is Seattle’s most popular tourist destination and is the 33rd most visited tourist attraction in the world.[2]

The Market is built on the edge of a steep hill, and consists of several lower levels located below the main level. Each features a variety of unique shops such as antique dealers, comic book and collectible shops, small family-owned restaurants, and one of the oldest head shops in Seattle. The upper street level contains fishmongers, fresh produce stands and craft stalls operating in the covered arcades. Local farmers and craftspeople sell year-round in the arcades from tables they rent from the Market on a daily basis, in accordance with the Market’s mission and founding goal: allowing consumers to “Meet the Producer”.

Pike Place Market is home to nearly 500 residents who live in 8 different buildings throughout the Market. Most of these buildings have been low income housing in the past; however, some of them no longer are, such as the Livingston Baker apartments. The Market is run by the quasi-government Pike Place Market Preservation and Development Authority (PDA). Wikipedia

My other Seattle walks:

Taken with an iPhone 8 Plus and Zhiyun Smooth Q gimbal