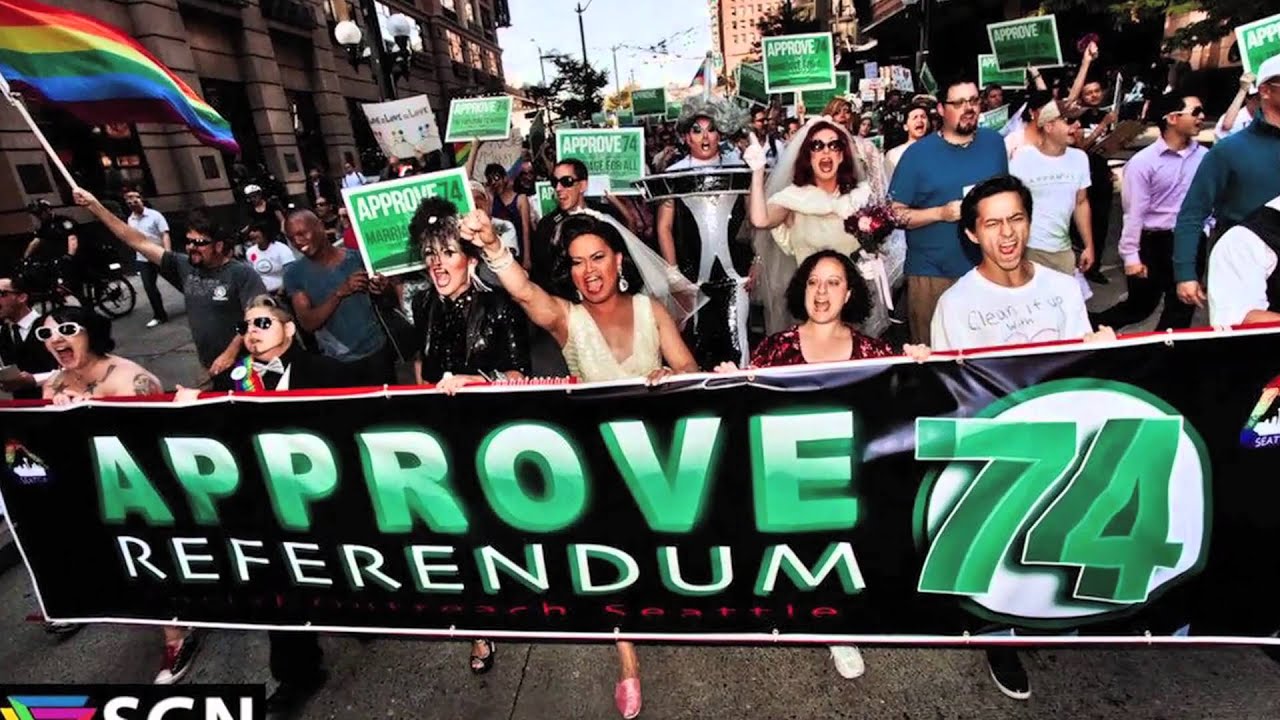 At the beginning of 2012, Washington State Governor Christine Gregoire signed into law Marriage Equality for the state of Washington. The far right launched a campaign to prevent that from happening and managed to get Referendum 74 on the ballot. Washington residents have banded together, alongside federal officials, entertainers, and social activists to ensure that liberty, equality and justice ring clear and soundly in the state of Washington.