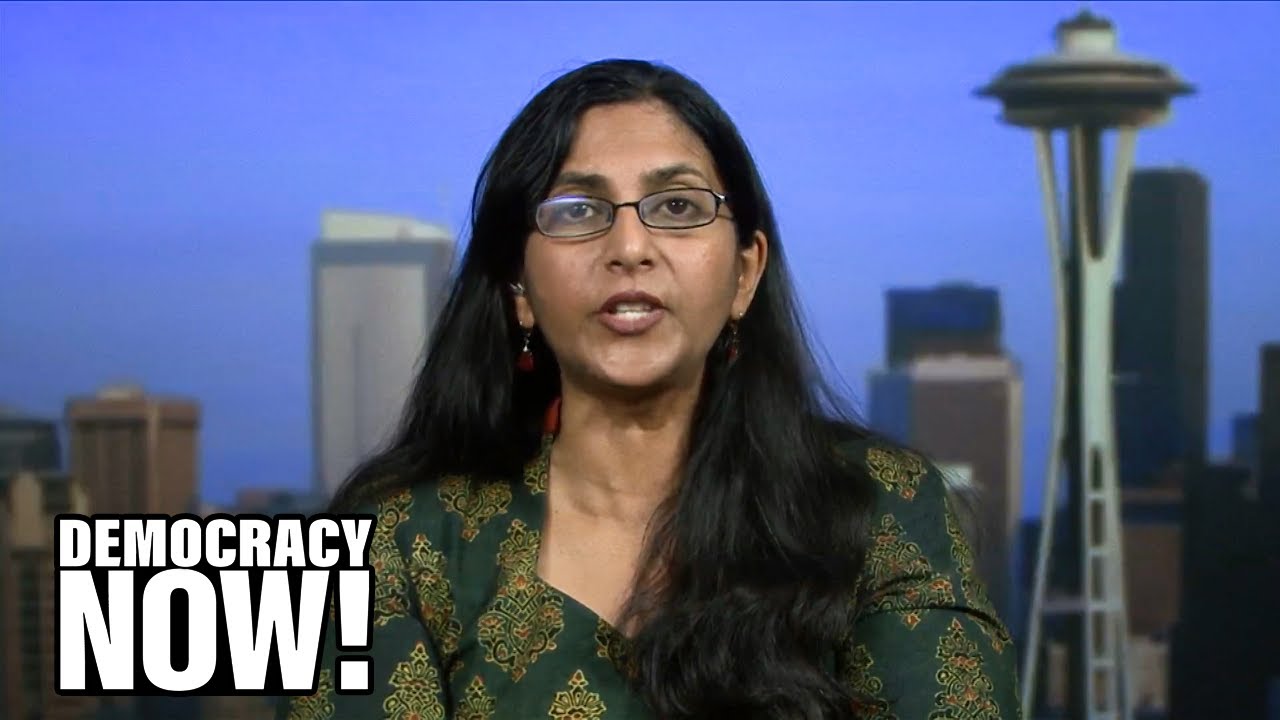 In Seattle, Socialist City Councilmember Kshama Sawant has been re-elected in a race that pitted her against Amazon — Seattle’s largest private employer and one of the most powerful companies in the world. Overall, Amazon poured .5 million into Seattle’s City Council election and backed Sawant’s opponent, Egan Orion, with nearly half a million dollars. Kshama Sawant is Seattle’s first Socialist politician elected in nearly a century. She has successfully pushed a number of progressive policies, including making Seattle the first major American city to adopt a -an-hour minimum wage. Kshama Sawant joins us from Seattle. The re-election victory “has been a major repudiation, not only of Amazon and of Jeff Bezos himself, as the richest man in the world, but also it has been a referendum on the vision for Seattle,” Sawant says. “The voters in Seattle have spoken, that Seattle is not up for sale.”

Democracy Now! is an independent global news hour that airs on nearly 1,400 TV and radio stations Monday through Friday. Watch our livestream 8-9AM ET: https://democracynow.org