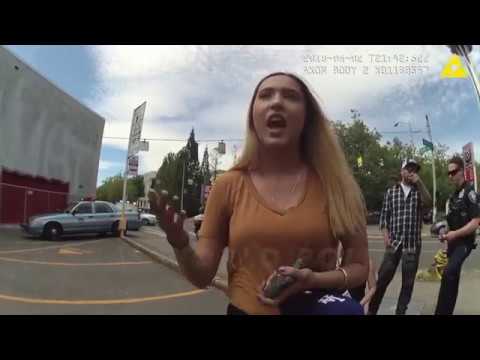 In late-June 2018 a handful of media outlets covering the northwestern United States reported on a series of unprovoked attacks on the streets of Seattle. In each case passersby had been confronted by a mentally ill male, and in each case that confrontation had turned violent. Four days ago I published a video covering one of those incidents. It’s time for another.

On June 2, 2018 Seattle police officers responded to reports of a fight in progress in a parking lot one block away from the iconic Space Needle. It would be hard to invent a more hilarious and unfortunate story than the reality officers encountered.

A delusional homeless man by the name of Michael Lee Person explained everything to responding officers. One of the women in the out-of-state group was Ellen Degeneres, to whom he was engaged. His fiancé (Ellen) had slept with a fourteen-year-old that very morning (Person claimed to have video), and the fourteen-year-old had swung first in the altercation, which was over Person’s fiancé having slept with an underage male just before their wedding.

In reality, Person was captured on an officer’s dash camera sneaking around a building and jumping the not-14-year-old.

You can’t make this stuff up.