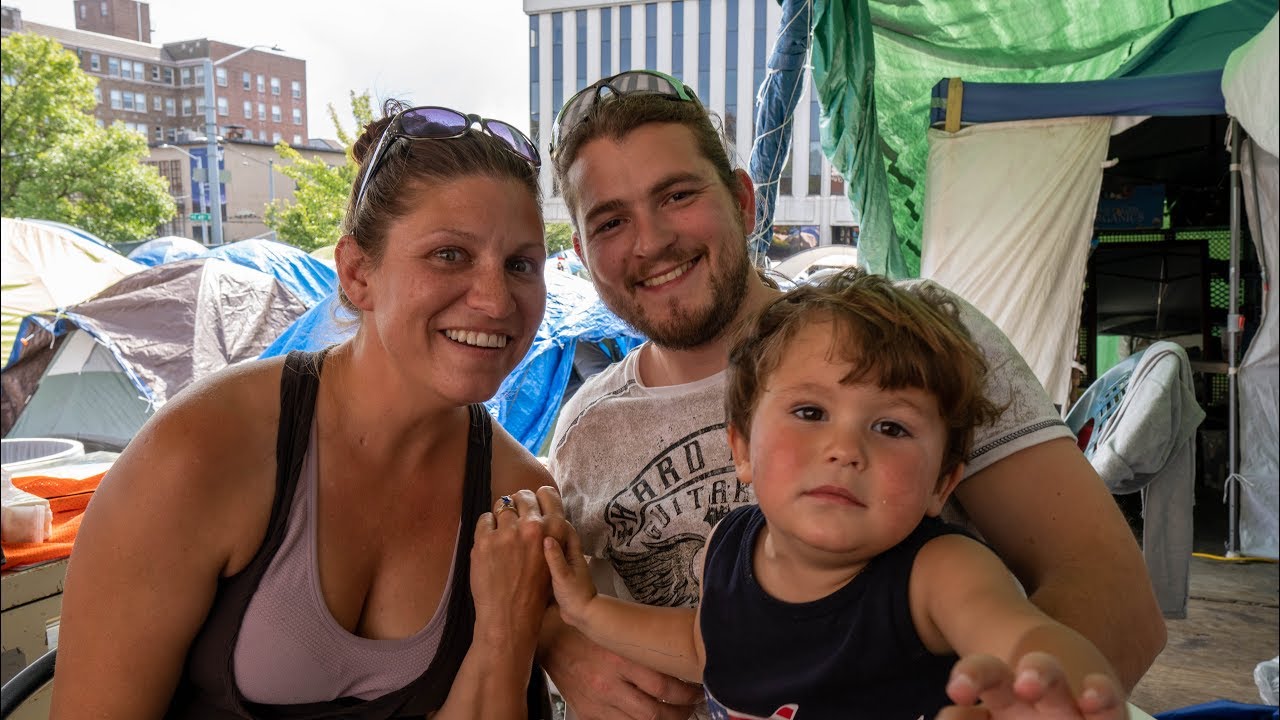 Josiah, Tricia and their son live in Tent City 3, a city-sanctioned tent community in Seattle. Around 70 homeless people call Tent City 3 home. In an ideal world, tent communities should not exist because homeless services should be able to get everyone into housing. But since we don’t live in a perfect world and there is a severe lack of housing and shelter beds, sanctioned tent cites provide invaluable support and community.

For one, many of the people who live in Tent City 3 have a job. I know this seems ironic, but homeless shelters do not make it easy for people who are employed to stay. Shelters often have insane rules with curfews that are not conducive to work schedules. Another issue is many shelters require even married couples to separate.

Tricia shares about the challenges homeless families and individuals have to go through to get the help they need. Nonprofit funding is based on specific grant requirements, and if you do not fit those requirements, you cannot get support. Josiah and Tricia are sober and married not wanting to separate. Their only option since they had a young child was Tent City 3.

Think about that for a second: homeless services do not offer support for a married couple with a young child that wants to stay together as a family!

Tricia shares about how their family was not “homeless enough” or “disabled enough” to get support. I know lots of leaders in the homeless sector to not like sanctioned tent cites but as long as homeless services cannot provide help to people when they need it, tent cities fill the gap in the safety net.

For more information on TC3 along with items they need, please click here http://www.sharewheel.org/tent-city-3

Special thanks to HanesBrands https://hanesforgood.com