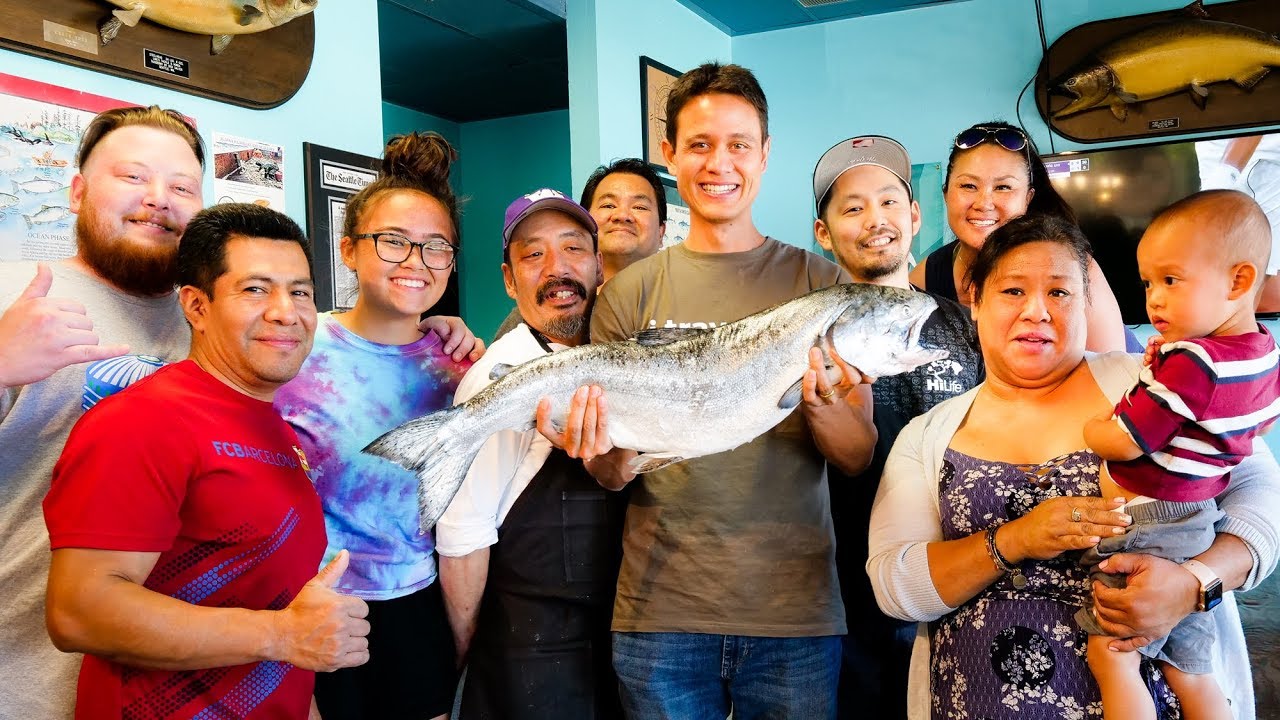 Welcome to Seattle, Washington, a beautiful city on the shores of the Puget Sound. Seattle is known for its Pacific Northwest cuisine, gorgeous scenery, and there are some pretty amazing restaurants that you need to try.

I set off in the morning to begin this Seattle food tour in downtown Seattle.

Il Corvo – Known as one of the best and most affordable handmade pasta restaurants in the USA, Il Corvo is a small restaurant that serves amazing pastas. I had heard the line would get crazy, so I made sure to arrive early, and luckily I was first in line for the day. After waiting in line for about 45 minutes, they opened. They only have three main pastas a day, and so the easy choice is to just order them all. Today they happened to have rigatoni alla bolognese, paccheri, and fusilli, all of which were handmade and cooked al dente. My favorite pasta was the rigatoni alla bolognese, because when it comes to pasta I usually enjoy the tomato sauce variety the best. It was really good, and great gourmet food value for the price.
Price – .73 for everything

Seattle Fish Guys – Next on this best restaurants of Seattle food tour, we drove over to the Seattle Fish Guys. They are a family fish restaurants and market that used to be at Pike Place Market, but recently opened their own shop to have more flexibility and be able to make more food. They had seen some of my videos, so when we walked in the owners kindly took care of us and brought us a samplers platter of many of their signature dishes. Their food is incredible, and if you love seafood and fish, Seattle Fish Guys is a must eat in Seattle. Everything was good, but I particularly loved their seafood Cajun style gumbo and their smoked salmon belly. It proved to be such a huge meal that I honestly called it a day there, but there was still one more food I had to try on this food tour.
Thank you to the Seattle Fish Guys for this amazing meal!

Un Bien – There’s a long legend surrounding the Caribbean roast sandwiches at Un Bien, and I won’t get into all the details here. But to cut to the chase, Un Bien serves the original version, from the same family. They have quite an extensive menu of sandwiches, but I went straight for the Caribbean Roast, roast pork cooked until fall apart tender. It was delicious and a perfect way to finish off this Seattle food tour.
Price – .50

Thank you for watching this Seattle food tour – a few of what I think are the best restaurants in Seattle!